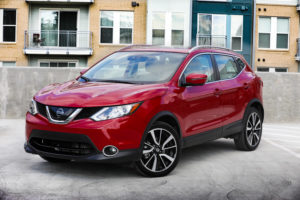 Asked if Nissan was examining a strategy similar to General Motors’ plan to have OnStar recommend certified shops, Zoba replied, “I think everyone is, honestly.”

He said connected cars were the future and Nissan was accelerating the number of such vehicles within its own fleet. Helping a customer immediately after a collision, “I think that’s the ultimate goal, right?” he said.

Getting into a crash “throws a person kind of off,” but for years, “the OEs just ignored that,” he said.

But once Nissan saw the collision experience led to huge defections from its brand, it established the certified repair network.

FCA has found that 60 percent of customers which received an incomplete or inadequate repair sold or traded that car within a year, Sean Carey of SCG Management Consultants said in 2016. About 63 percent of those dissatisfied customers switch brands, he said. Ford in 2015 reported that nearly half of customers who ditch their vehicle did so because of repair quality or repairer-inflicted damage. Every percentage point of the overall auto market an automaker controls is worth $5 billion, Carey said in 2016. Customer retention, not parts sales — a mere $140 million per point — was the real reason for OEM networks, he said.

Zoba said Nissan is already working with its call center and offers customers free towing to any certified Nissan body shop, another incentive for both the carrier and customer to use the network.

Nissan also seeks to drive customers to certified shops through a “pretty substantial” marketing campaign, according to Zoba.

Zoba said it starts when a customer buys a Nissan, and every other month, the OEM sends 2.3 million communications “just building awareness” of the certified body shops. Another clever initiative sees commercials for Nissan body shops pop up in dealership waiting rooms when a major storm is expected, according to Zoba.

The OEM this year plans to expand a pilot program where certified Nissan shops can promote themselves on social media using Nissan content, according to Zoba. He said the OEM has “seen some great success” with pilot shops.

“We try to touch our owners as much as possible through the communications,” Zoba said. Nissan doesn’t know which customers will get into a crash or when it will occur, he said. Hopefully, such efforts establish the network in the back of the customer’s mind so he or she remembers it when an insurer asks if they have a shop preference, he said.

“It becomes being very positive for us,” he said.

He said some insurers have begun seeking to engage with certified shops. According to Zoba, factors like the certified shops’ quality can cut cycle time and keep severity at levels acceptable to insurers when one considers the big picture cost involving items like rental cars as well.