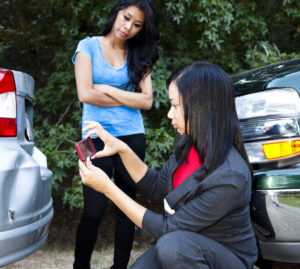 Here’s our reporter’s notebook of some of the other highlights we felt might be of interest to insurers and repairers.

Redfield argued photo estimating was necessary as well because of American demographics. Millennials born between 1980 and 2000 are the largest generation ever, grew up with technology and are addicted to their smartphones, and “they’re forcing us to do things differently,” she said, presenting a variety of statistics on the subject.

About 50 percent of customers will use the photo estimating app on Day 1, Redfield said. The insurer should follow up with the others to nudge them to submit photos, she said.

Claims photo apps for customers can have fraud functionality built into the software, including that “you can’t use an old picture.” Some can identify the time and location the photo was taken, some can detect if the photo is blurry, and some offer a html option so the customer doesn’t have to download the app.

Most insurers see reduced loss-adjustment expense after photo estimating, according to Redfield.

If a carrier’s field staff writes 3-6 estimates a day and this can be pushed to 10-13 estimates a day, “the benefit is immediate,” she said. Fewer independent appraisers necessary for lower-severity claims means savings, she said.

Also, “estimate accuracy” might improve by replacing independent appraiser estimates with in-house ones thanks to photo estimating efficiency, she said. She stressed this wasn’t meant to disparage IAs, rather to note that “we have better controls in place” for internal employees.

While some fear new insurance technology will eliminate jobs, more highly trained employees will be necessary to tackle the more difficult items the insurtech can’t, she said.

Redfield predicted that “pretty soon, and in fact, it’s already happening,” insurers could have a “line by line estimate” written by computer vision.

“They’re not going to be perfect” she said of the first versions of such systems, and insurers will still need “trained appraisers” to ensure accuracy, “but they are coming,” she said.

And in other tech news, webinar host CIECA this year initiated a new standards committee on photo estimating, Executive Director Fred Iantorno said at the start of the CIECAst. CIECA is a neutral organization run by suppliers, repairers, insurers and IPs which works to make sure software from the various industries can “talk” to each other.

The committee meets Tuesday at 1 p.m.; those interested in participating should email Iantorno at fred@cieca.com.

Featured image: Claims photo apps for customers can have fraud functionality built into the software, including that “you can’t use an old picture,” OnSource client services Associate Vice President Leslie Redfield said on a Collision Industry Electronic Commerce Association webinar May 24, 2018. Some can identify the time and location the photo was taken, some can detect if the photo is blurry, and some offer a html option so the customer doesn’t have to download the app, she said. (fstop123/iStock)