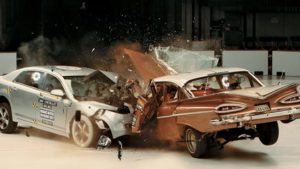 Any time a body technician, manager, insurer or customer seeks to repair a car the same way it’s been done for years in defiance of OEM repair procedures, direct them to the federal government for a lesson in why that’s a bad idea.

New research from the National Highway Transportation Safety Administration announced May 9 indicates what should be obvious but still seems to elude some shops and carriers: Cars are safer now because of new technology.

You’ll have to connect the final dot for them — new technology means new repair procedures — but the job should be easier with this research. NHTSA even put out a handy little book with examples of all the new advanced driver assistance system technologies that a shop can use to educate themselves, the insurer and the customer about some of the new equipment encountered by the shop.

“As vehicle safety improvements become more widespread, this trend is expected to continue,” NHTSA wrote in a May 9 news release.

NHTSA examined the rate of death of occupants in cars, pickups and SUVs which fatally crashed between 2012 and 2016. (If nobody died, NHTSA didn’t study it.) Vehicles 18 years or older saw half of their occupants killed in a crash. Vehicles 0-3 years old only saw 27 percent of their occupants dead.

NHTSA offered the caveat that it didn’t control for other factors such as “Delta-V, seat belt use, age, sex,” noting that those could be incorporated in future research. However, it also noted that prior research on fatal and nonfatal crashes supported its finding that older model years and older cars (a slightly different stat) yielded higher injury severity (with death being obviously the highest injury severity). 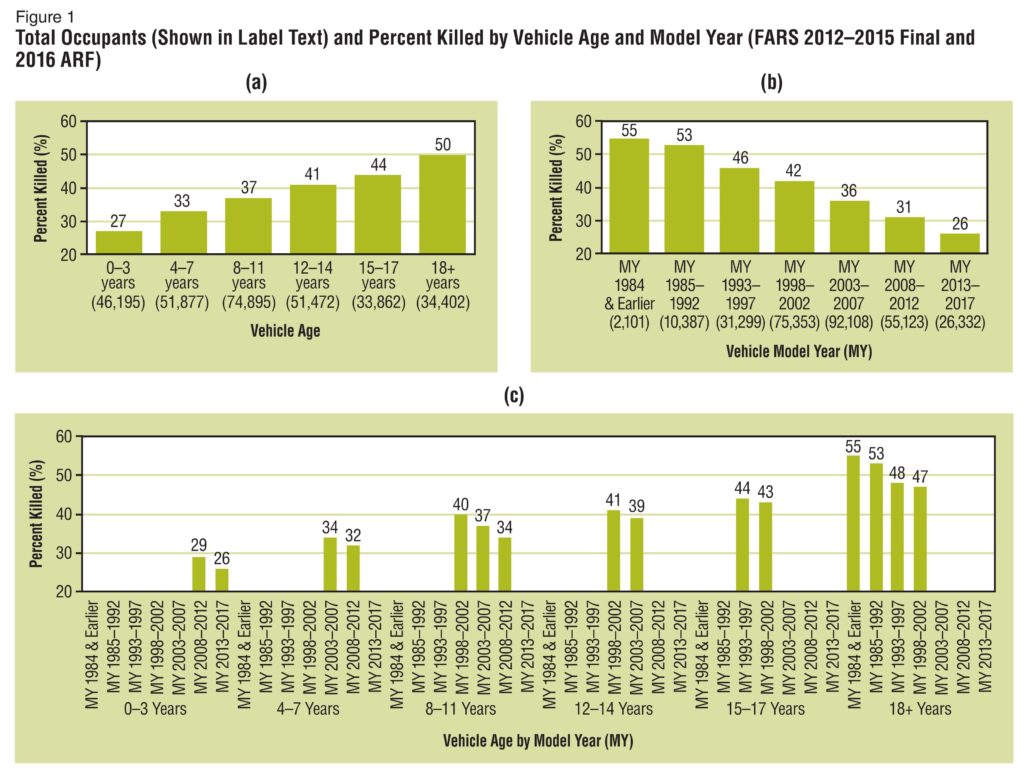 “We encourage car buyers to select vehicles that meet their individual lifestyle, budget and transportation needs with the added assurance that they are making an investment in safety,” NHTSA Deputy Administrator Heidi King said in a statement May 9, referencing “the busiest car buying season” kicking off in May.

Repairers should note that some of the technology likely saving lives during the NHTSA study period and preventing a crash from being fatal at all is even older than the snazzy stuff that was detailed in the agency’s ADAS pamphlet.

Logically, the concept of ADAS extends to features like electronic stability control, which has been required since the 2012 model year and often demands calibration. Antilock brakes, which work in conjunction with the system, were already common before that model year.

Finally, there’s our favorite example of why cars are different today and why the repair methods might be too. Here’s the IIHS 50th anniversary mash-up of a 1959 Bel Air and a 2009 Chevrolet Malibu — which is a few years before the Malibu was redesigned with even more high-strength steel. Granted, both cars are striking a different object, a methodology issue. However, as the Malibu has a lower curb weight than a ’59 Bel Air, the modern car was the one playing with the physics handicap — and it still won.

“It was night and day, the difference in occupant protection,” IIHS President Adrian Lund said in a statement. “What this test shows is that automakers don’t build cars like they used to. They build them better.”

“Test compares crashworthiness then and now”

The Insurance Institute for Highway Safety celebrated its 50th anniversary with a mash-up of a 1959 Bel Air and a 2009 Chevrolet Malibu. (Provided by IIHS)