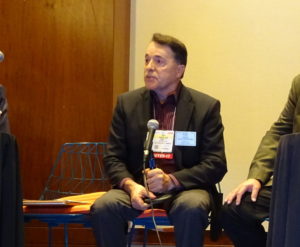 NuGen IT employee owner and business development executive Pete Tagliapietra has proposed an interesting concept for the collision repair industry in an age where data is said to be the new gold: a data repository controlled by a nonprofit entity — and not any privately-owned firm, “including NuGen.”

“It’s a far reaching vision,” Tagliapietra said in a statement, but argued that the insurance industry had already proven the concept with the nonprofit Property & Liability Research Bureau.

Right now, companies like NuGen and the estimating services can aggregate data from the estimates flowing through their products to third parties who will pay for that insight. Monetization could take the form of information baked into a product like a business management system or KPI dashboard or just involve data being sold on its own.

“That’s not where our core revenue streams come from,” Tagliapietra said of monetizing data, and he said he’d be willing to forego that NuGen revenue to see the repository come to fruition.

Such data could help a user calculate the prevailing rate in Tuscaloosa, Ala., or the percentage of Honda Accords repaired with new, recycled or aftermarket fenders.

“It is information rich and all kinds of things can be learned,” Tagliapietra said in a statement. “… There’s a lot of value to that.”

He said his career included 10 years of running body shops, and “more than once, and quite regularly,” he wondered about other shops’ metrics.

Unlike a survey, this provides “real data,” according to Tagliapietra.

“You’ve got empirical information,” he said.

The industry would be best served if the data were held by a nonprofit central repository rather than a private entity, he argued, saying that he is completely opposed to any information provider having a monopoly on data.

The PLRB Tagliapietra called a model for his nonprofit estimate data repository is sponsored by the P&C insurance industry and provides its data to any insurer who’s a member. (Rates are based on the amount of premiums written by the company; if you’re a smaller carrier, you get a discount.)

“PLRB Search is a vast repository of property and liability insurance legal and claims handling information, constantly being updated, revised, and added to,” the PLRB website states. “Printed out, the contents would fill more than 30 lineal feet of shelf space.  The subject and text fields of more than 33,000 documents are searchable by word or phrase, by state, and the search engine we use also supports sophisticated Boolean searches, as well as ordinary table of contents browsing.”

An estimate could be directed to a similar collision industry data repository, stripped of customer and vehicle identification information — particularly VIN numbers, to keep companies from knowing the vehicle’s been in a wreck without the customer’s consent — and converted into data, according to Tagliapietra. Shops could potentially be incentivized to contribute information by receiving free access to the repository in exchange for participation.

Tagliapietra said that he felt such a system would “be very appealing to insurance companies” and not just shops.

“I know how much they use the Property Loss Research Bureau,” he said, and predicted “there’s a good chance” carriers would support the industry data repository concept.

Just because the information is also searchable on such a repository doesn’t necessarily mean collision industry companies will be unable to monetize data or sell data-related services in their own fashion. Other businesses still make money by providing a more convenient way to slice, dice and access publicly available data, such as what LexisNexis did with legal information or IHS Markit did for vehicle registration information.

But the repository could still potentially threaten some revenue streams, particularly in the age of Big Data. If IPs or other firms with access to large quantities of data don’t want to cooperate with such a system, how would the data get in there?

Tagliapietra argued that an estimating service that didn’t let a shop print out estimates would be ridiculous. And that’s the key.

Once a shop has an estimate PDF, it can be converted into usable data fairly easily. For example, companies like Estify, NuGen, and Estimate Scrubber all sell various services based around extracting data from a PDF uploaded by a shop. The process could be automated in some fashion with a data pump, Tagliapietra said.

NuGen IT’s CDX system can convert PDF data into BMS or EMS files. It also can normalize estimate information in a way that renders estimates from different IPs, each with their own nuances, apples-to-apples. Both would be extremely useful to establishing and stocking such a repository should the nonprofit managers not have that capability in-house.

“Somebody’s going to get the business” of being the repository’s IT support, Tagliapietra said, but he said wasn’t lobbying for NuGen to be the “technology backbone.”

“We have the infrastructure to do it,” he said. “… But we don’t want it under our brand.”

NuGen’s goal was to keep data from being monopolized, he said. “That’s what’s in it for NuGen,” he said.