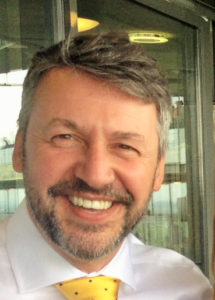 Citing a 3.5 increase in the price of Audatex in that country, the United Kingdom collision trade group National Body Repair Association on Wednesday issued a call for insurers to increase their reimbursement to shops.

“Whilst NBRA members understand that businesses need to increase their charges to meet inflationary pressures, unfortunately, they are not seeing anywhere near this level of annual rate inflation from insurance or accident management work providers,” NBRA wrote in a news release. “With the exception of some performance related increases, the industry has not seen an inflationary rate increases for years.”

Audatex UK is upping the price 3.5 percent for “the Global Claims Assessments, Mace and HGV assessments and also to Software and Solutions Fee,” according to NBRA.

“This price increase is further evidence that we as an industry can no longer ignore the question of inflation forever,” NBRA Director Chris Weks said in a statement.

“NBRA is calling on work providers to respond to this latest increase by adjusting their rates or discounts accordingly.

“We will be quick to applaud responsible work providers or insurers who are prepared to assist the industry with this latest cost increase, which without response represents a further erosion of margin.  Please contact us if you are prepared to discuss making a positive change to the industry.”

Consumers have the right to pick their body shop in the U.K., according to Ford. However, insurer direct repair programs exist in the British Isles as well.

“(United Kingdom) Bodyshops blame, in large part, financial pressure from insurance companies — which finance an estimated 70 per cent of repairs — for squeezing profit margins,” the Financial Times wrote in 2015.

“They complain motor insurers have taken an increasingly tough approach to negotiating prices, including setting up networks of ‘approved’ garages to which they direct policyholders.”

It’ll be interesting to see if insurers agree to the NBRA’s request. The Boyd Group has reported hit and miss success with similar demands in the U.S. and Canada.

U.K. shops might ultimately have to pursue tactics like marketing themselves directly to customers, balance-billing the difference and diversifying to avoid a single insurer from having too much power in a negotiation. The last of these might be unlikely for direct repair program shops under such a highly consolidated U.K. auto insurance market.