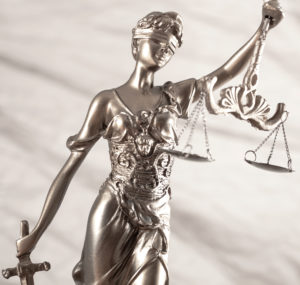 A lawsuit against a mechanic for allegedly failed to warn a driver about her brakes’ condition has been settled for $335,000, the Connecticut Law Tribune reported last week.

Though not specifically related to the collision industry, Dubin v. M&M Motors International points to the kinds of legal threats which can exist for a repairer.

Renee Dubin crashed her daughter’s 1964 Chrysler New Yorker on July 20, 2017, shortly after picking up the vehicle from M&M Motors, which had fixed a flat tire on the car that day. The brakes had failed while she was exiting Interstate 84, leading to the 1964 New Yorker hitting another vehicle, crashing into a guardrail and traveling over the embankment, according to the lawsuit.

Dubin alleged that the shop, which had “worked on the car on ten separate occasions in the 15 months before the crash,” should have detected the brake issue.

The complaint alleged M&M Motors was negligent in one or more of these ways:

a) failed to properly inspect and/or test the brakes in the vehicle and permitted the car to have brakes that they knew or should have know would fail;

b) in that they failed to identify and repair the left rear brake assembly which had a leak,;

c) negligently gave the car to Dubin from their repair shop in a dangerous condition with brakes that could not be reasonably relied on for transportation on the roads and highways of the State of Connecticut;

d) failed to warn Dubin of the dangerous and defective conditions of the brakes in that they were likely to fail due to an ongoing leaking condition;

e) failed to advise and warn Dubin on an on-going basis of the dangerous condition of the brakes and the insufficient brake fluid;

g) failed to properly inspect and/or re-inspect the brakes on the vehicle when she returned the car to the repair shop;

h) failed to check the brake fluid reservoir which would have revealed a dangerously low level; and/or

i) failed under all circumstances then and there existing when Dubin kept returning the car to the repair shop to notice the leaking condition and repair the break system.

The Law Tribune reported that Nationwide Insurance, which had underwritten the shop, settled for $335,000 of the $410,000 Dubin’s attorney wanted. The case was withdrawn Aug. 15.

Mack Omeragic, owner of M&M Motors, said Dubin went in for a “simple flat repair” on the day of the accident and that was the only work done on the car. Regarding the many visits the car had in the shop, Omeragic said, “We checked the whole vehicle over. It’s a 54-year-old vehicle. I’m saddened that this can happen out of nothing.”

The shop denied all negligence in its answer to the litigation.

Get advice on liability at Repairer Driven Education

Learn more about liability during the SEMA show in Las Vegas at “Understanding Shop Liability in this new Era of Diagnostics, Calibrations and Programming” with Michael Quinn and Chuck Olsen of AirPro, Aaron Clark of Assured Performance, Scott Kaboos of Honda, Nick Notte of I-CAR, Jack Rozint of Mitchell and Todd Tracy of the Tracy Law Firm; “Facing Increased Complexity and Liability – How to Protect Your Collision Repair Business!” with David Willett of Intrepid Direct Insurance, Ron Reichen of Precision Body and Paint, Shaughn Kennedy of Intrepid Direct and Burl Richards of Burl’s Collision Center; “More than Just a Hand Shake: The Professional Administrative (legal) Documents You Really Need to Operate a Successful Shop” with Erica Eversman of the Auto Education Policy Institute and Wade Ebert of American Auto Body; and “The Imperative of Accessing and Retaining OEM Repair Information on every Structurally Repaired Vehicle” with Pete Tagliapietra and Wil Peck of NuGen IT. The sessions are part of the Society of Collision Repair Specialists’ Repairer Driven Education Series Oct. 29-Nov. 2. Register here for individual RDE classes or the series pass package deal.

We’re in no position to know who — if anyone — is responsible for the crash. We bring up the case simply because the broader issues carry food for thought for shops.

What is the shop’s duty under state law? What’s your liability if you let the car leave despite advising a customer of an unsafe condition? What’s your liability for issues like brake condition — typically the purview of a mechanic, not a collision shop, but you’re the automotive professional looking at the vehicle? This is all stuff to discuss and lock down with a qualified attorney and your garagekeeper’s carrier now, rather than assume you know the answers or try to Google-search for them.

Litigation against any aftermarket repairer can often be a reminder of collision industry warnings to follow OEM procedures and document work accordingly. But this case also brings to mind the warning the moment your shop touches a vehicle, “you own it.” Thus, it also seems to validate the need for procedures like measuring and tearing down the entire vehicle prior to a repair — not just to ensure your repair is done correctly but also to keep existing vehicle conditions or another shop’s errors from haunting you.

For example, let’s say your shop merely tears down and fixes the part of the car damaged by the collision, such as the area around around the right front corner you know took the hit. Without measuring or inspecting the entire vehicle, you might miss the poor work someone else did on the back of the car during a prior rear-end hit. If something goes wrong there — such as a suspension or frame rail issue — you could be accused of a) either making those mistakes or b) negligently failing to notice or warn the vehicle owner about that condition.

“Woman Whose Car’s Brakes Failed on Highway Settles With Auto Shop for $335,000”

Featured image: A representation of Lady Justice is shown. (izzetugutmen/iStock)