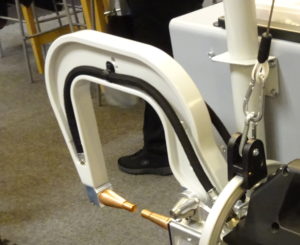 An automaker might demand more welds during a collision repair than were originally found on the vehicle, and they might be located in a different place as well, according to panelists on an SCRS OEM Collision Repair Technology Summit welding panel Nov. 7.

The discussion demonstrates why shops winging a repair based on what they see on the car is a problem. The OEM repair procedures must be consulted and followed instead.

As moderator Mark Olson of Vehicle Collision Experts pointed out, failing to reinstall and tighten all the bolts removed during a repair would be silly. Delivering the correct count and strength of welds was no different.

Audi collision instructor and curriculum designer Shawn Hart said a factory has a much larger power level and uses “enormous” weld heads compared to an aftermarket auto body shop. The collision repair industry has an option that duplicates the process well but can’t match it 100 percent, he said.

That’s why repair procedures procedures might instruct a repairer to apply a higher number of welds than were found at the factory, he said.

Hiser, a longtime General Motors veteran, said one of his responsibilities at the OEM involved determining the service version of a factory part. He said this process saw him attending meetings involving computer collision simulations. Engineers would repeated crash virtual cars and through trial and error determine what combination of factors like material and weld count would produce the desired collision performance.

“There’s a reason there’s that many welds in that place,” Hiser said.

Hiser noted that body engineers have been encouraged to do scalloped parts to cut down weight (cut enough notches in something and the reduced mass starts to add up), but this means repairers “don’t have that metal next door to go to.”

This makes it “crucial” to consult the OEM repair procedures, Hiser said. He gave the examples of an automaker choosing to approve a weld over the old spot or switching the joining method to a rivet over the old weld.

Hart mentioned that Audi instructs shops to go on top of the old weld in situations where there’s three layers of metal and adhesive between the inner two layers.