A majority of the Pennsylvania Supreme Court on Tuesday seemed to endorse the idea that a Nationwide Blue Ribbon direct repair program facility employee who estimated damage needed to do so independently of the insurer.

A six-justice high court on Tuesday couldn’t ultimately reach a majority on whether the state Superior Court was right to throw out a $21 million bad faith verdict against Nationwide. The justices threw in the towel, declaring themselves “divided in a fashion which prevents a majority disposition” and letting the lower court decision stand.

Four of the six justices joined in competing opinions expressing their viewpoints. The other two’s judges’ positions remain unknown. (The seventh justice didn’t participate in the case.)

The dueling opinions do share one common thread. Both suggest Lindgren Chrysler-Plymouth manager and appraiser Doug Joffred, who performed the initial estimate of plaintiff Daniel and Sharon Berg’s Jeep in 1996, was supposed to be neutral. His shop was a Nationwide DRP location.

“Accordingly, at the very least, when Joffred communicated his initial opinion that the Jeep was a total loss, Appellee’s representatives should have personally apprised the Bergs that the company was taking a contrary position and of their options, particularly after Witmer undertook to involve Appellee in the opinion of an individual who was supposed to serve as a neutral appraiser,” Chief Justice Thomas Saylor wrote in an opinion that otherwise mostly went in favor of the Superior Court and Nationwide. Saylor was joined by Justice Max Baer.

After Lindgren took apart the vehicle following a 1996 collision, Joffred “initially had declared that the Jeep was a structural total loss due to its twisted frame,” according to the contrary opinion by Justice David Wecht, who was joined by Justice Sallie Mundy. “It was only when Nationwide’s claim representative, Doug Witmer, was dispatched to review this assessment that Nationwide decided to repair, rather than replace, the damaged Jeep.”

Wecht and Mundy said Witmer reached the conclusion that the vehicle could be fixed but “did not conduct his own appraisal of the loss.

“… The trial court found that Witmer vetoed the initial total loss appraisal because repairing the Jeep, rather than totaling it, saved Nationwide half of the Jeep’s actual cash value, in addition to discounts captured through the BRRP.” 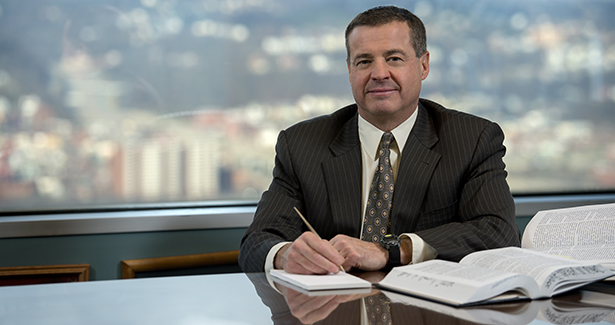 “The process established by Nationwide and implemented in this case was that the purportedly independent appraiser working at a facility participating in Nationwide’s BRRP would make an initial assessment of the vehicle and, if that assessment was that the subject vehicle was a total loss, then Nationwide would dispatch a claims representative to second guess that appraiser and ultimately make the final determination about whether to pay for a total loss or repair the vehicle,” Wecht wrote.

“This process was contrary to the Appraiser Act, which requires appraisers to be independent. Joffred believed himself to be working for Nationwide, not the Bergs. Nationwide apparently agreed, and unlawfully interfered with the appraiser’s independent initial opinion that the Jeep was a total structural loss due to its twisted frame. The appraiser that Nationwide contracted with and assigned to appraise the damage to the Bergs’ Jeep was not independent.”

Wecht cited 31 Pennsylvania Code 62.3(e), which compels a licensed appraiser to call a vehicle a total if it could be considered either an “economic total loss” or a “structural total loss.” He argued Joffred encountered a structural total, though Saylor noted that the record didn’t reflect an unrepairable vehicle per se — merely that Lindgren screwed up the repair.

(2) Approach the appraisal of damaged property without prejudice against, or favoritism toward, any party involved in order to make fair and impartial appraisals.

(3) Disregard any efforts on the part of others to influence his judgment in the interest of the parties involved.

(4) Prepare an independent appraisal of damage.

Wecht said Nationwide’s Blue Ribbon concept at the time “promised policy holders the convenience of obtaining an independent appraisal at the same facility that would ultimately complete the repairs. Despite this promise, under the reality of Nationwide’s Blue Ribbon scheme, the role of the appraiser was merely advisory, relegated to making a preliminary assessment and then ceding authority to Nationwide’s claims representative.

“Appraisers are not beholden to insurance companies. They are independently licensed and disciplined. They must be independent and provide independent appraisals. It is their duty to ensure that the vehicles are in a safe and serviceable condition.”

Pennsylvania Code today contains the passages Wecht called relevant to the 1996 repair and references a need for appraisers to comply with the Appraisers Act as well. (“In addition to the requirements in section 11 of the act (63 P. S. §  861).”) So the opinion and the mention of neutrality in Saylor’s opposing view all seem relevant to DRP shops today.