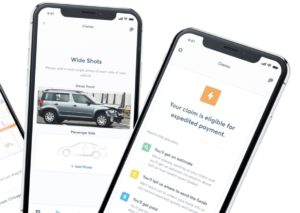 Auto insurer Clearcover last month announced that its Clear Claims software can with Snapsheet’s support review a claim and issue initial payment in as little as 13 minutes.

As Fischer described it, Clearcover was using A.I. to address the “eligibility problem” and Snapsheet for the “estimation problem” of paying a claim in less than 30 minutes.

“People expect filing a car insurance claim to be a painful and drawn out process. But at Clearcover we are committed to creating better insurance experiences, most importantly when you need to file a claim,” Clearcover CEO Kyle Nakatsuji said in a statement Oct. 21. “Clear Claims is the first of many enhancements we are building into our claims experience that will change the way people think about filing a claim. Our integration of machine learning lowers operating costs and enables us to offer our customers lower prices. It really is a win-win.”

The artificial intelligence screens for fraud and assesses which claims could be kicked over to Snapsheet for an immediate photo estimate using images submitted by the claimant, according to Fischer. It looks for claims the company feels could be paid quickly — for example, “‘they have the right severity profile'” — and without the use of an adjuster at the vehicle, he said.

Clearcover worked out a priority access partnership with Snapsheet Fischer likened to a “Batphone.” When Clearcover sends over a claim meeting those criteria, Snapsheet immediately gets to work.

As Snapsheet CEO Brad Weisberg described it, the bottleneck in the claims process wasn’t the human photo estimation time other artificial intelligence seeks to shorten.

“It’s minutes” in a multiday claim lifecycle, Weisberg said. He said his staff can write a photo estimate in “7-10, 7-15 minutes,” but a typical claim took “5-7 days” of steps like collecting customer information.

“That’s the power of our partnership with Clearcover,” he said: The two companies have automated everything except those few minutes of writing the estimate. 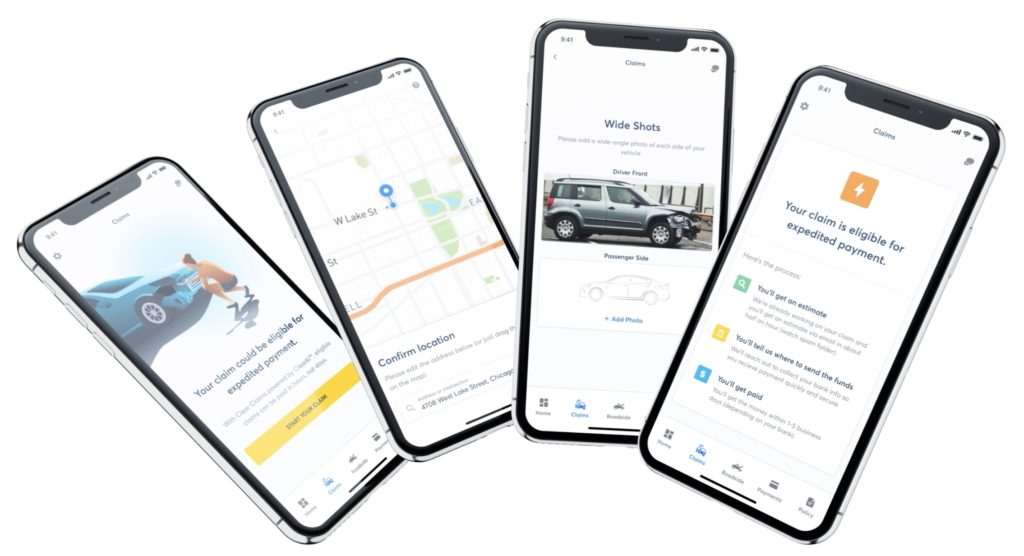 “While many carriers average five to seven days to process claims, with the introduction of Clear Claims, Clearcover is the first insurer with the ability to process an auto claim instantly using machine learning,” Clearcover wrote in a news release. ” By using its proprietary artificial intelligence technology, ClearAI, Clear Claims ingests policy history along with First Notice of Loss (FNOL) information, while optimizing for the reduction of claim fraud.

“Clear Claims integrates with the Snapsheet Claims platform to support end-to-end claims management. For eligible claims, this process replaces manual claim reviews, which typically require asking drivers to submit police report information and speak with claims adjusters, which can slow down the process. Once ClearAI has validated a claim and assessed risk of fraud, Snapsheet considers the Clearcover fraud score and triggers an automated, rule-based process to initiate payment of a claim, which further supports the digital claims experience.”

Fischer said it’s been a “wild success.” Customers are “blown away” by the speed: “‘This is not what I expected.'”

Snapsheet would handle any supplements that arose after this process, Weisberg confirmed. Asked about introducing AI to screen those requests for fraud, Fischer said his company was early in its AI process but suggested this might be possible.

Clearcover operates in nine states and hopes to “rapidly expand in 2021,” according to Fischer. Clear Claims is available in eight of them. Fischer said that the process would match claims deemed eligible for Snapsheet’s services with personnel licensed in the respective state.

Fischer said the app only handles first-party claims but would be expanded to third-party losses at some point.

Fischer was hesitant for competitive reasons to reveal what portion of claims he felt could be managed with this process, but “we’re bullish.” Clearcover staff with insurance industry experience are surprised by how large a percentage he has suggested, he said. Clearcover felt ClearAI was “unlocking a lot of opportunities.”

We asked about the argument that such automation fails to deliver the human interaction customers want, such as the ability to talk to a person after a collision. Fischer said Clearcover gets more claims through its app than it does over the phone.

“Our customers have clearly embraced digital FNOL,” he said. It was already receiving positive feedback about the process’ ease and speed — and that was before Clear Claims. He described his company as a leader in digital first notice of loss process, and “this just took it to the next level.”

Clearcover observed that its previous claims digitization efforts have cut loss adjustment expenses, “the result of which is lower prices for customers and validation that economic improvements are being driven by digitizing historically analog processes.”

Featured images: Auto insurer Clearcover last month announced that its Clear Claims software can with Snapsheet’s support review a claim and issue initial payment in as little as 13 minutes. (Provided by Clearcover)