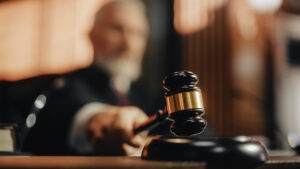 A New Hampshire auto body shop owner has won a state Supreme Court case against State Farm in which the carrier refused to pay any costs in excess of its own estimate, including for proper OEM repair procedures.

Keene Auto Body owner, Steve Piispanen, argued that State Farm was obligated under the vehicle owner’s policy to pay an additional $1,093.37 for covered repair costs, according to the Nov. 15 Supreme Court opinion. The carrier argued that “because the insured’s policy contained an anti-assignment clause, the insured’s assignment of his claim to Keene Auto Body was invalid” and even if it had been valid, the body shop didn’t state a viable claim.

“The policy language at issue reads as follows: ‘No assignment of benefits or other transfer of rights is binding upon us unless approved by us,'” the opinion states. “State Farm argues that the plain language of this provision prohibits the transfer of legal claims against the insurer that have accrued because an insured loss has already occurred, as well as the pre-loss transfer of policy benefits and rights. Keene Auto Body counters that the clause should not be read as prohibiting assignment of post-loss claims.”

In an amicus brief, the New Hampshire Automobile Dealers Association (NHADA) backed Piispanen and stated that Keene Auto discovered State Farm’s repair estimate failed to comply with the OEM’s repair procedures, including a technology and software scan and recalibration, so the shop provided an “errors and omissions” statement to State Farm for review. After the carrier’s denial of coverage for the procedures, the owner instructed the body shop to continue with the repairs based on their estimate that included OEM repair procedures.

The NHADA also argued that the court “should adopt the majority rule on anti-assignment provisions, which refuses to enforce such provisions when the assignment occurs after the loss giving rise to liability.” The court rejected State Farm’s argument that allowing post-loss assignments would expose insurers to greater risk.

“We simply explain that, given the language of the anti-assignment clause, nothing in the policy prevents the insured from assigning his right — arising post-loss — to a resolution of the dispute with State Farm as to a fair and reasonable price.”