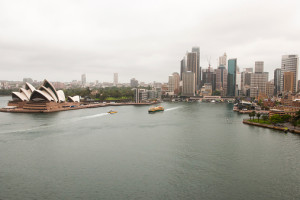 The government of the Australian state of New South Wales announced Dec. 22 that it would back part or all of 18 of 21 recommendations made to improve the auto repair marketplace, taking a particularly hard look at the insurance industry.

According to a news release from Fair Trading Minister Matthew Mason-Cox, the government will support legislation to license insurance assessors, impose tougher penalties for breaking the Motor Vehicle Insurance and Repair Industry Code of Conduct, and make it easier for repairers to get help from the Office of the Small Business Commissioner.

Read the full government response here: “NSW Government Response to the Report of the Select Committee on the Motor Vehicle Repair Industry”

It doesn’t appear that the New South Wales government can put any of these measures into place without legislative action. However, under the Australian system of Parliament, presumably the Fair Trade Ministry and the legislature are on the same page and it’s got the votes.

“The NSW Government has listened to the concerns raised in the Inquiry in relation to unethical steering of customers to network preferred repairers,” Mason-Cox, a member of the majority Liberal party, said in a statement Dec. 22.

“This is an unacceptable business practice, which undermines independent repairer businesses and deprives consumers of choice.

“It’s important that the Code has real teeth to ensure that both repairers and insurance companies behave responsibly and in the best interest of consumers.”

Here’s what the government proposed:

LICENSING: The licensing would be done again under the Motor Dealers and Repairers Act, rather than the recommended Roads and Maritime Services Vehicle Safety Compliance and Certification Scheme, since insurance assessors are private-sector employees. The Code Administration Committee will figure out what specific licensing standards and licensee duties are required, and the government supports losing a license after three violations.

“We applaud the Minister for listening to stakeholders concerns,” New South Wales MTA leader Greg Patten said in a statement.

“We are pleased that the NSW Government will be adopting a licensing scheme … It is something the MTA has been fighting hard for and we congratulate the Minister for acting on these much needed changes.’’

DISPUTES: Auto shops in New South Wales can get help from the OSBC now, but only after they’ve tried everything else in the code. The government would let them use the commission’s mediation services sooner, but not the government’s Civil and Administrative Tribunal. The CAC said it’d have an arbitration plan in place by July 1, and so the government isn’t going to step in to play tiebreaker — yet.

TOUGHER CODE: The Fair Trading Act requires insurers and repairers to go by the code, and New South Wales is going to initiate penalties for anyone who isn’t. The government seemed to indicate that it was particularly looking at insurers who didn’t specify terms about body shop choice or who made misleading claims about out-of-network collision repair businesses.

According to the Guardian, there aren’t any penalties right now for violating the code. (Another interesting tidbit from the Guardian’s coverage: Australian insurers are allowed to own body shops, leading to potential vertical-integration abuses. Insurer Suncorp disputed that idea, telling the Guardian their shops are “industry leading facilities.”) Traffic enters Sydney, the capital of the Australian state of New South Wales. The government of New South Wales announced Dec. 22 that it would back part or all of 18 of 21 recommendations made to improve the auto repair marketplace. (Jupiterimages/liquidlibrary/Thinkstock)

The three recommendations entirely rejected by the government:

Make repairers keep photos of their work and make them available to customers.

The government figured that consumers wouldn’t know what they were looking at (that’s probably true), the images wouldn’t really work as evidence, repairers might avoid taking photos that could reflect badly on them, and some insurers and body shops are already documenting this stuff anyway.

Mandate certain repair reporting to the Roads and Maritime Services agency, which would randomly conduct audits.

The government says the Fair Trading Ministry is doing that anyway, as are insurers. It also noted that only 4 percent of repairs weren’t adequate, and fewer than 1 percent of repairs needed to be redone for safety reasons. It’s not immediately clear if these statistics included warranty issues caused by the repairs.

The government didn’t think it was the job of inspectors to do so since the code of conduct and the OSBC already handle disputes. It also didn’t want to make one product the standard. However, the agency is going to suggest that the Code Administration Committee ought to commit to eliminate that practice with the code, hinting that an impartial outside party could be brought in if the committee can’t do it.

Though the response evoked praise from industry voices, Choice cited Fair Trading Shadow Minister Tania Mihailuk, a member of the Labor party and committee member, who called the response weak compared to the recommendations. (A shadow minister is like a gadfly version of an agency leader from the Parliamentary opposition.)