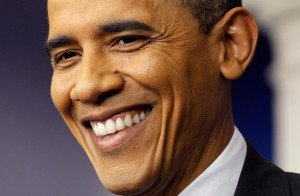 Democratic President Barack Obama told a Tennessee crowd Friday that he will propose up to two years of free community college for students willing to keep up their grades.

“I want to bring it down — to zero,” Obama said to applause at Pellissippi State Community College in Knoxville, Tenn. “I want to make it free.”

Obama was light on details for his plan, though a White House preview said it could save an average full-time student $3,800 a year and affect up to nine million students. Students have to keep a 2.5 GPA and go to a four-year college afterward or be on a two-year track with real-world potential for a job (such as technical courses).

If they all opted to complete their education, that’d be $68.4 billion in costs to taxpayers every two years. Under Obama’s plan, 75 percent would be from federal dollars and the rest from participating state’s funds. The White House estimated the cost would be more like $6 billion a year from federal taxpayers and $2 billion a year combined from state taxpayers.

The estimated $34 million-a-year Tennessee Promise was funded by an endownment made up of $300 million from lottery revenues and $47 million from tax dollars, according to Inside Higher Ed. The FAQ indicates that money also came from the HOPE scholarship, meaning $1,000 less a year for four-year-college freshman and sophomores (though community college freshmen and sophomores get $1,000 more).

Obama said the America’s College Proposal would also help older workers seeking retraining, something that the Tennessee Promise doesn’t do.

Proposals like these could benefit the collision industry by encouraging students to do vocational training amid a growing auto technican shortage and increasingly complicated vehicles in collision repair shops. It also could reward tech programs that can actually get students jobs over, say, a fuzzy B.A. degree that’s virtually useless in the real world.

But these factors must be weighed against the cost in taxes, the potential for colleges to begin upping prices since federal taxpayers in some other state are now picking up 75 percent of the bill, and if this helps the middle class more than the impoverished.

One must also weigh the fact that this is a nearly lame-duck president with an opposition Congress in a non-election year, which means that it’s just a stunt no one expects to go anywhere.

Whatever side of the issue you’re on, check out an analysis of the Tennessee Promise here and read an interesting commentary on Obama’s plan from a community college leader here. The press grilling of one of Obama’s spokesmen is here.