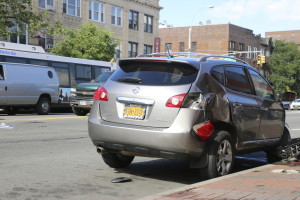 Recent coverage in publications such as Fortune might alert a broader base of consumers to the existence of the Comprehensive Loss Underwriting Exchange database from LexisNexis, which offers the claims history of millions of Americans to insurers considering their rates.

Such coverage draws mainly on the work of InsuranceQuotes.com, which found recently that 18 percent of consumers had never even heard of CLUE.

They should. CLUE has the last seven years of claims history for many of them, according to InsuranceQuotes. This data even includes the act of simply asking insurers about a claim — which can also increase your rates. Probably because if you’re asking, odds are something has happened. (“Hey, does my insurance cover water and collision damage from my teenager backing into a fire hydrant?” “Yes, why?” “Uh, no reason.”)

Though InsuranceQuotes did the work, the more widely read coverage by other media could mean greater  awareness of CLUE and the claims process itself. Greater understanding of how claims are treated and collected could prompt customers to avoid them. This could mean less work on vehicles.

As for vehicle insurance and CLUE perceptions, InsuranceQuotes found:

Consumers tend to know that filing an actual claim can raise your premiums, but they might not know by how much. One auto claim can increase rates by an average of 38 percent, InsuranceQuotes found in 2013.

And for homeowners, it’s not just your claims history that can factor into your premium.The previous homeowner’s history could also affect your premium.

Like a credit score, you can get one free copy of your CLUE details a year and dispute anything on it with LexisNexis Risk Solutions. Find out how here.