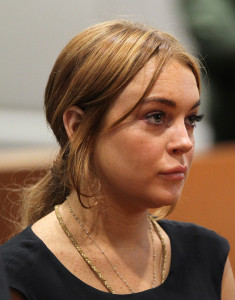 The new face of collision insurance could be Lindsay Lohan, who has a history of keeping the Body Shops of the Rich and Famous in business with crashes, according to a TMZ report.

TMZ reported that Lohan is filming the ad in Long Beach, Calif., and speculated it might run on the Super Bowl.

Fox News in 2012 had an interesting look at the actress’ driving record and how she’s even able to get insurance at all.

If TMZ is correct, there’s a potential the Esurance ad could backfire on bad-taste grounds. It could also be a bit of a stretch, even by celebrity plug standards, if Lohan in fact doesn’t buy her own insurance as she’s borrowing cars from friends or VIP loaner pools, as one source speculated in the Fox News report.