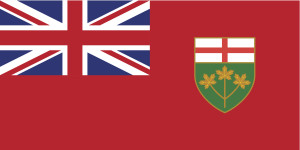 The Ontario College of Trades last summer gave out 143 tickets and four court actions against individuals and shops after a 16-month investigation found nearly 500 unlicensed workers, according to the college and Collision Industry Industry Assistance.

CIIA mentioned the actions in a news release earlier this month to remind the public that they can help technicians get certified. And though it seemed as though the college has found a dramatic amount of unlicensed employees, it’s not as bad as it sounds, according to CIIA.

The organization noted that many of the technicians had 8,000 or more hours of shop time and could “challenge” the Certificate of Qualification test to get a Technician Equivalency Assessment. Recently, there has been nearly as many “challengers” taking the test as apprentices, and CIIA thinks the apprentices will soon be in the minority.

Unfortunately, the challengers aren’t doing as well, according to CIIA, which wants to help Ontario techs with the test. Get assistance by calling 1-866-309-4272 or emailing info@ciia.com. They’re also offering an eight-night (over four weeks) course in Toronto; call or email to register.

The ability for unlicensed technicians to prove their merits and earn their certification seems like a sound strategy, as Canada seems to be in the same boat as America in terms of a collision repair staffer shortage. It’s discussed anecdotally in this 2014 CBC article and more in-depth in this 2013 piece by Murray Voth of Total Automotive and Consulting, which cites a Canadian Automotive Repair and Service Council 2013 labor study noting a more than 11,000-employee shortage across all aspects of the Canadian auto service industry.

As for the College of Trades, the new regulatory body sends out officers to check out a variety of skilled trades, and more than 40 agents are traveling around Ontario daily, according to college spokesman Matthew Moir.

Moir wrote in an email that ticket revenues actually go to the city which saw the violation instead of the college, which might help avoid the kind of quota-for-revenue-steam conflicts alleged of regulators like traffic cops.

The college also has a public register to see if a person is certified — a resource for both consumers and shop owners considering a job candidate.

“Between the public register and our enforcement team, Ontarians should feel confident that the College is working hard to provide them the peace of mind they expect when hiring someone to rewire their house or fix their brakes,” Moir wrote in an email. (The sentiment no doubt applies to collision repairers as well as electricians and brake technicians.)