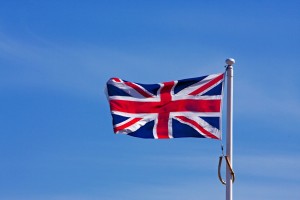 A United Kingdom body shop survey in winter 2014 found some shops so near capacity that they were considering dropping contracts, the National Association of Bodyshops recently announced.

The association figured that most shops wouldn’t want to kill any provider contracts, but nearly “an almost even split” were looking into the idea.

The association conducted the survey in November and December 2014 with an eye toward winter capacity. Half of the respondents were shops doing 20-50 jobs weekly. Nearly a quarter (24 percent) were shops doing 50-plus jobs. Twenty-nine percent of respondents had five to 10 employees, 37 percent had 10-20 staff, and 18 percent had a workforce of 20-50.

“The survey has highlighted a number of points in relation to repair capacity, along with some indications that repairers are beginning to consider the viability of some of the contracts they have in place with insurers and claims management companies,” association leader Frank Harvey said in a statement.

“It is clear from the results of the survey that any adverse driving conditions that cause a spike in claims incidences is likely to increase repair lead times, heighten demand for courtesy cars, and lengthen repair cycles times. These increases could potentially make already busy repair operations stretch to bursting point.

“Respondents also reported that some clients have not established communication regarding the potential increase in workloads. This absence of such dialogue, along with increase in work volumes, could be the reason why some respondents are considering terminating the less profitable contracts.”

Despite this strain on resources, the association wrote that “bodyshops, by and large, were managing increased work volumes well” with lead times of two to three weeks for booking a customer.

But 75 percent, not surprisingly given U.K. weather, thought their lead times would increase over the winter. More telling, however, was that 65 percent of respondents were busier than summer 2013.

The association also noted that nearly 60 percent hadn’t been contacted by providers — presumably insurers — about winter capacity, and 65 percent said their providers didn’t have a backup plan if the shop hit capacity.

“This data should be concerning as recent predictions in the industry forecast that this winter should see an increase in claims volume,” the association wrote.

In what would seem to be in conflict with these figures, Bodyshop reported Friday that repair volume has dropped in the U.K. by 24 percent since 2014, citing a Trend Tracker study. However, Bodyshop also noted that the number of body shops fell by 19 percent during part of that time, which could speak to the strain on capacity.

And another Bodyshop feature, which appears to have been written by CAPS Consortium co-founder Phil Starmer, seems to imply that the overcapacity could be the result of insurers piling repair work onto direct repair program shops instead of spreading it around and getting vehicles back to customers.

That observation could be a nice bit of ammunition against insurer DRP practices in the U.S.: “Consumer-friendly” DRP policies don’t actually get the customers back on the road faster, they just save the insurer money.

And atop these issues, 74 percent of those surveyed thought turnover would be up more than 10 percent in the winter, 62 percent saw a “serious shortage” of skilled job candidates in the area, and 85 percent reported pressure to raise wages.

“Perhaps unsurprisingly to most of us, availability of skilled workers and the associated employment and training costs remain of great concern for bodyshops,” Harvey said in a statement.

“As we are all too aware, increased turnover does not always correspond to increased profits, and it is vital that insurers and work providers do not allow payment durations to slip as cash flow is vital to ensure bodyshops can continue to buy the raw materials they need to continue to service consumers repair demand.

“It is apparent that bodyshops are beginning to take a more long term commercial view on their businesses. Clients offering less profitable contracts or operating in an oppressive fashion could find themselves with difficulties in terms of repair capacity.”

Besides raising the hard question turning away less favorable business (such as lower-paying insurers), the association also offered an intriguing argument for U.S. body shops dealing with some of the same labor pool issues.

“The indicators suggest there are problems on the horizon if repairer margins are not increased to enable skilled staff to be retained and or recruited to meet demand,” the association wrote.

Translation: If the insurers aren’t paying enough (or shops aren’t charging enough), there won’t be enough technicians around to fix clients’ cars in the future. That observation could be worth using next time you’re fighting with an insurer or lobbying an official about the labor rate issue.

The next survey will be held in February and look at staff expertise.

A United Kingdom body shop survey in winter 2014 found some shops so near capacity that they were considering dropping contracts, the National Association of Bodyshops recently announced. (Kaz via Pixabay)