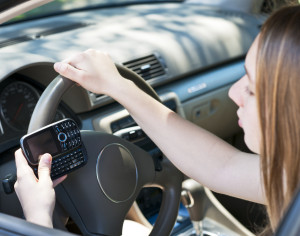 Kudos go out to Laplace, La., body shop owner Michael Watson, who not only rebuilds cars but builds smartphone apps.

Watson, who owns Jim’s Body Shop, told Metairie’s WGNO that he gets a lot of texting-while-driving cases in his shop.

(He also ends up getting the real story behind crashes from customers who might not have been so forthcoming with police, the station reported. Perhaps the industry should legislate for a repairer-client privilege law.)

To combat that among the younger generation — and perhaps older text-happy drivers as well who need protection from themselves — Watson is designing the Text Guardian app. It locks out the texting ability on any driver’s phone — and it even tells parents if their tech-savvy dependent tried to disable it. Read more here or see the video below.

There’s a few other antitexting apps out there, but this one deserves special mention for being built by a body shop. It’s good PR, and it gives a glimmer of the technical savvy possible in the industry as vehicles get more and more complicated.

Featured image: A Lousiana body shop owner is developing an app that would block teenagers from texting while driving. (Elena Elisseeva/iStock/Thinkstock)