An amended complaint has been filed by multiple Florida auto body shops against insurers in a case alleging steering and price-fixing.

The complaint was due Tuesday at midnight. The federal court records database PACER puts its date stamp as Wednesday, though the document states, “The undersigned (one of the shops’ attorneys) hereby certifies that a copy of the foregoing Plaintiffs’ Second Amended Complaint was filed electronically on the 10th day of February, 2015.”

The reason for the discrepancy is unclear, as is whether a late filing would carry any penalty for the shops.

The case is one of many similar lawsuits in different states being heard together by Presnell in what is known as a multidistrict litigation (“MDL”). MDLs are done to eliminate redundant legal work and costs on parties being sued for the same reasons in different federal districts.

What the shops want hasn’t changed from the earlier complaint, but we feel it’s worth including for context:

If the shops win the case in a jury trial (they’ve requested one), the dollar amounts would be left to the jury, although the shops presumably could work out the math on what they’re owed. Exhibit 3 shows all the things the shops say have been underpaid or not covered at all by insurance, though it doesn’t specify which insurer failed to pay which items.

To support this, they conclude with the following, which is new:

“In the American marketplace there are two types of body shops. There are shops who strive to serve the customer, the owner of the car, and there are those shops who believe the insurance company is their customer. The defendants have successfully created a “market” system that rewards the body shops that will cut corners so they can increase profits and punishes body shops who are unwilling to compromise the quality or safety of the American consumers repair.

“The whole intent of anti trust actions was and is to increase competition for the sole benefit of the American consumer. Defendants’ actions have violated the letter and the spirit of the law. Instead of providing the best quality repairs for the lowest cost they have fixed the costs to their utmost benefit and forced the market into a race to the bottom in terms of quality to the customer.”

The new complaint points out that State Farm is the only company who has done a labor rate survey — though it notes that others have started since the lawsuit was filed — and it refuses to share it. Yet the other insurers are magically deciding to pay only what State Farm does, when it does.

Similar timing happened when paint and materials was raised to $26/hour by State Farm, with Geico upping its P&M rate the next day and others doing it within the month.

(At least they were raising it in both cases!)

Ironically, the suit points out, “Defendants have threatened Plaintiff shops and others that if they discuss labor rates with each other, they will be price fixing and breaking the law. Statements to this effect have been made by Defendants State Farm, GEICO, Progressive and Allstate specifically to Plaintiffs Gunder’s and Ideal and announced at meetings of the Southeastern Auto Collision Association by representatives of the insurance industry.”

One fascinating part of the Florida lawsuit is the revelation of the true market share of the insurance companies there — and what it means in revenues for them.

Despite State Farm’s national dominance, it was neck-and-neck with Berkshire Hathaway (Geico) in Florida, with 18.21 percent compared to Geico’s 18.04 percent. The numbers were from 2012 and reported to the National Association of Insurance Commissioners.

Progressive and Allstate (including Esurance and Encompass) were nearly tied again for third. Progressive had 12.39 percent, and Allstate et al. had 12.19 percent. Fifth was United Service Automobile Association and its affiliates, with 5.46 percent.

It breaks down market share as far down as the Horace Mann Group’s 0.18 percent and points out that a small share is still huge for a bottom line.

Now, that of course doesn’t speak to the combined ratio — the insurer’s actual profit margin. Anything under 100 is profit. Anything over is a loss.

The Insurance Information Institute, citing SNL Financial data, reported that liability auto insurance had a ratio of 103.6 (so they ate a 3.6 percent loss) percent and a collision/comprehensive ratio of 98.7 in 2013 (1.3 percent profit).

That said, while liability auto insurance lost money for most of the 2004-2013 decade, and averaged 102.4, collision/comprehensive coverage was very profitable, averaging 94.3 percent.

The shops make a passionate argument against the idea that insurers are paying the “market” or “prevalent” rates, expanding on an argument in the previous complaint.

“In any other industry, an MFN or ‘market rate’ discussion would assume the existence of a free market,” the lawsuit states.

It gives the example of gas stations being held hostage by trucking companies refusing to deliver gas unless the companies sold fuel back to them at a certain price.

The shops back this up with a history lesson on DRPs, presenting them as a trap that was baited extremely well: You give our insurance company “most favored nation” price guarantees and make our clients’ repairs a priority, and we’ll list you as a preferred provider.

“However, over the course of years, the concessions demanded by the individual Defendants with DRPs increased incrementally until, in the present day, insurers exert complete control over every aspect of a body shop’s business.”

(Interesting historical footnote from the suit: Allstate is thought to have invented them in the 1970s.)

The suit notes that many of the plaintiffs had been in DRPs, though most have left them. But they still feel their effects.

“DRPs are not in and of themselves a problem. It is the use to which the Defendant insurers have put them, primarily over the last ten to fifteen years, which have created a national atmosphere where one industry, insurers, control and direct the entire business of a wholly separate industry, auto body collision repair shops.”

The previous filing indicates that insured customers were 70-95 percent of shop revenue.

The lawsuit also shows the vicious paradox DRPs create for those in the collision repair industry who wish to criticize them. After a paragraph saying “many” shops in them “consistently and willfully fail to make safe and proper repairs,” it calls “most” of the participants “honorable, hardworking and professional collision repairers.”

The new complaint goes much further than the original in asserting the scope of insurers’ insistence on non-OEM parts.

The lawsuit goes on to offer examples of parts mandated by Allstate and State Farm which the shop Ideal Auto refused to use, though it’s unclear which were mandated by which insurer. The subsequent sentences imply they’re all from Allstate.

Following Ideal Auto’s refusal, “Allstate refused to pay for parts needed for a safe and complete repair,” and the shop ate some of the cost of putting different components into the vehicle. 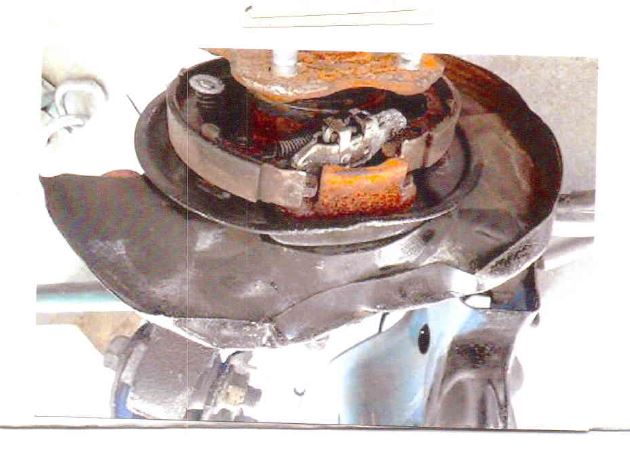 An example of a substandard part allegedly mandated by Allstate to a Florida auto body shop. (Provided by plaintiffs)

One of the questions raised by Presnell in seeking a new complaint was the fact that few of the insurers actually had direct repair programs. Florida Farm Bureau recently filed a motion to penalize the shops for the “frivolous” complaint lumping it in with insurers who did.

But the shops’ new complaint argues that DRP status was besides the point — the insurers were reaping the benefits of their existence or insisting on DRP-like concessions anyway.

“Whether or not an insurer sponsors a formal direct repair program is irrelevant. Equally irrelevant is whether or not a body shop has associated with any DRPs. The Defendant insurers collectively and through exertion of their combined market share power, enforce against non-DRP Plaintiffs, non-compliant DRP Plaintiffs and other body shops as many DRP ‘concessions’ as they possibly can, either explicitly or by de facto substitute.”

Featured image: The scales of justice atop the Old Bailey. (Anthony Baggett/iStock/Thinkstock)