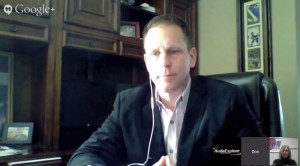 You know how to fix the rush of cars that slipped and skidded their way around icy roads into your shop, but are you doing everything necessary on the back end to handle and profit from it?

AudaExplore vice president and multi-shop operation head Don Mikrut explained how collision repairers could do that in a nearly 13-minute video posted Friday by the Auto Body Repair Network.

The advice in the videoconference with Auto Body Repair Network CEO Krista McNamara fell into several focus areas, though some blend together slightly:

In terms of writing estimates, Mikrut offered different thoughts on both “tow-in” and “drive-in” vehicles.

Tow-ins are easier to estimate, he said: You can take the car apart and get a true look. He also noted that AudaExplore provides graphics will even show the part down to the metal type and can help a technician or shop owner determine if a repair or replacement is the best option.

Estimating a drive-in in the winter is much tougher, he said. You can’t tear it down while the customer waits unsuspecting in your lobby a la “The French Connection,” and important repair details could be obscured by the winter itself.

“It’s very difficult, especially when you’ve got salt on the roads, the snow and debris that are piling up on those vehicles,” Mikrut said.

So go low-tech, he said. Follow the example of many shops and just rinse off the vehicle behind the shop for a true look at its damage.

“There’s no X-ray vision involved,” he said. “… And the cleaner the car is, the more easy it is to identify the scrapes and dents and damage on that vehicle.”

Go high-tech on this one, Mikrut said. Use software like AudaExplore’s GoTime Repair (formerly known as AutoWatch, to barrage them with the necessary amount of text, email and updates.

Customers are more tech-savvy, and that’s how they want to receive their news.

(And while we’re on the subject: Don’t forget to download the Repairer Driven News app or sign up for our daily or weekly email news roundups.)

“People don’t want those phone calls as much as they did in the past,” he said.

Mikrut said the GoTime Repair is much more convenient for a shop owner than it had been, with features like reminders to contact the customer and the ability to take and import photos with a smartphone.

“That application went from being kind of cumbersome to today, it’s streamlined.”

McNamara asked how these kinds of procedures would play out for owners of multiple collision repair shops.

Mikrut said it wasn’t as bad as it seemed, giving the analogy of having children. It seems like more kids would be more difficult, he said, but if you have the procedures and game plan down, it’s not nearly as tough as you’d think. (Think of those classic “First Kid-Second Kid” Luvs ads.)

“The children become easier to manage as you move forward,” Mikrut said, so long as your SOPs are nailed down in the first place.

Mikrut also gave a few updates about AudaExplore’s future and its options for collision repairers. He said that the perception had been that the company had too many “silos” — now, they’re going to have systems open to other platforms, he said. That seemed to imply you can bring in data from competitors CCC and Mitchell.

“Those of the kind of things that we’re doing to create harmony in the industry,” he said.

If you talk to shops or insurers, he said, “it really is about being open” now.

As for the future, he gave few details, but did note that “the buzz is predictive.”

In the next few months, he said, the company would start to announce some “very productive” options for shops, adjusters and insurers.

“We have a lot of really unique and creative solutions,” he said.

“Focus on these 7 areas in your shop for optimum success”