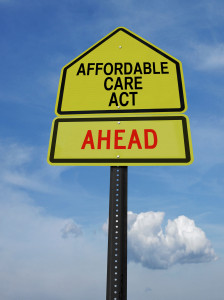 Small businesses need to ignore their politics and whatever could happen in Washington and pick from what are probably the four best options for handling employees’ health care, an Inc. contributor has advised.

Gene Marks, who owns the Marks Group business consulting firm and also writes for the Washington and Huffington Posts, wrote that he’s polled multiple business owners and has learned that there’re only “four good options” for healthcare in 2015 and 2016.

If you won’t have 50 full-time employees or enough “full-time equivalent” part-time workers by Jan. 1, 2016 — basically, divide your staff’s total part-time hours by 30 — you’re off the hook, Marks wrote. You’re not required to provide health care under the Affordable Care Act, so don’t worry about it.

Calculate your employees with the Healthcare.gov calculator here. Seasonal employees usually don’t count towards this at all.

Ignoring the health care law could actually be viable for a lot of independent body shop owners whose work force is far below 50.

If you have more than 50 employees, you could eat the $2,000 a year penalty for employees 31 and beyond (the first 30 are exempt) and not offer coverage, Marks noted. It might be cheaper than the estimated $4,000-$5,000 expense of giving coverage, he wrote; cut the feds a check and never have to deal with the Affordable Care Act again the rest of the year.

This isn’t the classiest move in the world, and morale could suffer. You might have a harder time hiring talent as well, Marks writes, particularly if your competitors or other auto service centers still give health care.

Cut them off but pay them more

This will be popular in 2015 and 2016, Marks wrote. You pay the penalty discussed above for not offering health care but you give your employees a raise of whatever you were contributing to their health.

Employees take the extra money — Marks cautioned that it is taxable, so the employee comes out a little behind — and spend it on whatever they want. (Ideally, health care!)

With the exemption for the first 30 employees, this could be a good option for a business financially, Marks wrote — particularly as it avoids the messy morale and retention issues that could lead to a loss of productivity.

If you want to reopen the morale can of worms, you could even make covering the difference a merit bonus for favored employees, Marks implied.

“You can give what you want and discriminate as you please, because this is not a qualified plan,” he noted.

Either way, the feds take your check and leave you alone.

Pay for the cheapest option

Finally, you could offer your employees plan you’re supposed to under the health care law but only comp them enough for the Bronze level, which is cheapest but has a higher deductible, Marks wrote.

“This is the most popular option I’ve seen,” Marks wrote.

Then you offer health savings accounts, which are nice because employees can contribute to them before taxes, and they don’t vanish at the end of the year like flexible spending accounts.

“What are the best healthcare options for your business? For now, there are four”