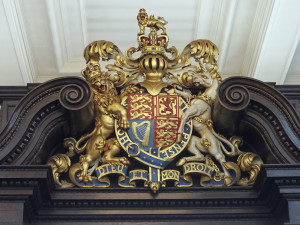 “This approach is a meeting of minds and cultures,” VBRA Director General Malcolm Tagg said in a statement. “We have always worked together when necessary and expedient. This reinforces what true trade associations are all about – the best benefit to members; working with whomever, wherever and whenever it is appropriate to do so.

“VBRA and NAB working alongside each other more frequently will present a more cohesive and authoritative approach to many of the issues and challenges affecting sustainability in the sector.”

The move came after the United Kingdom Competition and Markets Authority investigated auto insurers and in January issued a draft order to ban insurers from deals with “most favored nation” price comparison sites that blocked insurers from offering lower rates on competitor websites.

It kind of sounds like a direct repair program in reverse — the insurers yielded power to the other party, and it was easier for rates to stay inflated (though we’re guessing sure some insurers didn’t mind all that much.)

The authority also required better consumer information for no-claims bonuses. It found that “add-on products” — notably, those bonuses — weren’t outlined very well on insurer websites, and potential customers didn’t have a good way of comparison-shopping them.

“NAB and VBRA worked jointly on submissions to the CMA, notably on the suggestion of a pan industry adjudicator to help bring about much needed reform to industry stakeholder relationships,” NAB head Frank Harvey said in a statement. “With the body repair industry associations working together in this way, the inevitable winners will be bodyshops.

“We will each maintain a distinctive approach whilst establishing a unified voice.”

Harvey said the two organizations saw the authority’s investigation as an opportunity to draw attention to what body shops saw as issues with insurers in Britain, even if the ultimate focus was other auto insurance factors less directly related to collision repair.

It was more about “challenging,” he said.

“It’s not about saying who’s wrong or who’s right,” he said.

In the near future, Harvey didn’t see the Competition and Markets Authority  leaping to investigate any collision repair-specific areas — but at least NAB and VBRA now had an “open channel” to the agency.

“Whilst the investigation’s finished, their involvement hasn’t,” he said.

In a document filed with the authority in July 2014, the NAB observed that  government entity showed much more interest than past government bodies in the “dysfunctional nature of the motor insurance market.”

Working together on a proposal to the authority for a Motor Insurance Conduct Adjudicator was one of the main goals of the cooperation between what had been “for all intents and purposes, competitors,” Harvey said.

The MICA suggestion, backed by the two entities and the Retail Motor Industry Federation, involves an independent body playing referee on the insurance and collision repair industries, according to Harvey and the NAB document.

With the authority investigation done, “There’s no significant projects at the moment,” he said.

Harvey also discussed the capacity issue NAB had earlier seen British repairers — an overcrowding that has caused some auto body shops to turn away business.

Ironically, the opposite has been observed in North America, according to Mitchell.

Harvey said that it might bring more attention to the contracts with British insurers and inject more realism into discussion of profits, as shops move away from taking deals that don’t leave them enough to reinvest in their business.

“What we want is dialogue,” he said.