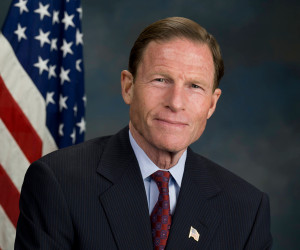 U.S. Sen. Richard Blumenthal, D-Conn., who recently made headlines for urging the Department of Justice to investigate auto insurer collision repair practices, is planning to raise the topic at a media event Saturday, his office said.

The event will be held at Wallingford, Conn.-based A&R Body Specialty and Collision Works, which is owned by Auto Body Association of Connecticut President Tony Ferraiolo.

It is scheduled for 1 p.m. Saturday.

Blumenthals letter calls for investigations into the use of aftermarket and recycled parts by insurers, the alleged practice of “steering” policyholders to certain shops, and whether the 1963 Consent Decree between the government and insurers still applies — particularly as it relates to complaints auto shops have today about insurers.

“Consumers and auto repairers possibly remain victims of the very same misconduct insurers were directed to stop doing decades ago,” wrote Blumenthal, who was recently featured in the controversial “Anderson Cooper 360″ report challenging insurers for allegedly mandating shoddy parts to save money.

He sought a similar investigation in 2009 when he was the attorney general of Connecticut. The Department of Justice has not returned a request for comment on Blumenthal’s 2015 letter.

An effort by former Auto Body Association of America President Lou Baffa to get the Justice Department to review the decree resulted in the government finding no antitrust issues, according to a 2000 piece published in BodyShop Business and commissioned by the Committee for the Consent Decree.

“I sent Joel Klein a package of documents referencing the 1963 Consent Decree and reams of evidence of its flaunting by the insurance industry,” Baffa was quoted in the BodyShop Business piece. “After several months during which they reviewed the information I sent them, I received a short letter from the Justice Department. They told me they saw no antitrust violations.”

“In the Amended Complaint, the Plaintiffs repeatedly refer to a consent decree entered in a 1963 suit between the United States on one side and three insurance trade associations on the other. (Doc. 167-5). Although some of the practices at issue in the consent decree are alleged to have occurred in the instant case, none of the parties in this case were parties to the 1963 case, and the Court does not find the 1963 consent decree to have any relevance to the instant case.”

However, the body shops suing insurers in that case were given the chance to refile a new complaint, and their new version from earlier this month further connects the dots between modern insurers to those in 1963.

It points out this time that “The clear terms of the Decree apply to and are binding upon ‘each defendant and upon its officers, directors, agents, servants, employees, committees, successors and assigns, and upon all other persons in active concert or participation with any defendant who shall have received actual notice of this Final Judgment by personal service or otherwise.’

“Many of the named Defendants are members of the contemporary associations which are still bound by the Consent Decree’s terms.”

“All but a few” of the defendants in the Florida case are part of these groups, the body shops wrote — though powerhouse State Farm is notably absent in the subsequent examples given of defendants who ought to have known about the case.

(And quite frankly, collision repair media have been writing about the decree and presumably putting it back on insurers’ radar since at least that 2000 piece referenced above.)

“As such, it can only be said that Defendants were fully aware their actions, plans, programs, and combinations and/or conspiracy to effectuate the same have been willful, intentional and conducted with complete and reckless disregard for the rights of the Plaintiffs,” the body shops wrote in their new A&E complaint.