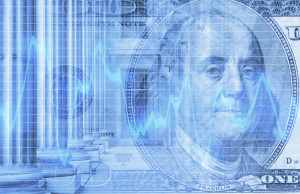 State Farm, the nation’s No. 1 private passenger auto insurer by a long shot, said Friday that it lost $3.4 billion on its core auto insurance business in 2014, nearly a billion more than it lost on it in 2014.

The company made $35.3 billion in premiums, up 5.7 percent from 2013 — but claims expenses rose 9.3 percent, and overall expenses (claims payouts, other claims costs and other non-claim-related expenses) grew by 8.1 percent, according to the news release.

The company lost $2.4 billion on its auto business in 2013, according to the news release.

But all that’s a little misleading, as State Farm’s investment success still put it in the black and means the auto losses might not carry the kind of ramifications for underwriting Allstate recently implied about Esurance and Encompass losses.

Really in the black

To explain this a little more clearly, State Farm’s entire property and casualty business as a whole lost $939 million in 2014, but it also earned $4.3 billion from investing premiums and other business moves unrelated to taking in premium and paying out claims, giving it $3.4 billion in profit.

“Since our beginnings almost a century ago, State Farm has adapted to the changing needs and expectations of customers while maintaining the long-term financial strength they depend on,” State Farm Chief Financial Officer Paul Smith said in a statement. “The combination of outstanding products and remarkable service, backed by the financial strength of State Farm, allows customers to confidently navigate the risks and opportunities of everyday life.”

Insurers work like a bank. If you started paying premiums to State Farm in January 2014 but didn’t crash your car until December, State Farm had 11 months to grow your money by smart investing before it had to cover your repair. If you didn’t crash at all, they got to keep your premiums and whatever they made playing the market.

But since auto insurance made up 62 percent of State Farm’s premiums in 2014, that business gave State Farm’s financial brokers the majority of the overall property and casualty capital that earned the $4.3 billion in 2014.

State Farm spokesman Dick Luedke observed that State Farm’s property and casualty business had actually lost money for the last several years — with 2013 being the outlier showing a gain — but that wasn’t necessarily a concern for State Farm if the company’s investments did well. It could use lower premiums to court clients in a highly competitive insurance market, he said.

It’s similar to a retail “loss leader” — put something on sale, but make back the financial hit and then some with other business.

Or to put it another way: Who cares if auto insurance losses were up 9 percent if investment gains were up even more? For example, the Standard & Poor’s 500 was up 11 percent in 2014, Bloomberg reported.

So all that could be positive for collision repairers.

However, Luedke said he didn’t know and probably couldn’t discuss if the claims losses would result in any more scrutiny on underwriting a la the Esurance and Encompass examples.

Featured image: Look over a company’s financial report for clues on how it will affect your business. (kentoh/iStock/Thinkstock)