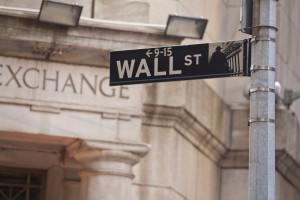 Progressive, the fourth-largest auto insurer in the U.S., saw increases in auto premiums written, auto insurance profitability, and overall revenue in 2014 — and the company’s underwriting business was proportionally more profitable than its other top 4 competitors.

Progressive’s personal lines segment — which is 92 percent private passenger auto — saw a combined loss ratio of 93.3 percent in 2014, a slight improvement from 93.4 in 2013, it said in a summary report to shareholders.

A combined ratio is generated by the sum of expenses and claims payouts divided by premiums. Insurers want it as low as possible. Reaching 100 percent means the insurer broke even; anything higher means they lost money being in the car insurance business.

However, being able to use premium dollars as a bankroll for investments until a claim is filed can — and frequently does –put an insurer whose claims and expenses exceeded premiums back into the black. All of the auto insurance Big 4 (in terms of market share) made money in 2014.

No. 3 Allstate’s combined ratio for vehicle insurance was 94.7 percent for the entire year, but subsidiaries Esurance and Encompass both ended the year with ratios in the red. No. 1 State Farm also lost money on its auto business in 2014.

Berkshire Hathaway, which owns No. 2 Geico, came in at 94.3 in earnings information last week.

It’s unclear if this margin will stay or if Progressive would look at lowering premiums and raising the consolidated combined ratio to attract new business. The company is very focused on bundling policies to keep consumers from leaving for competitors with more diverse offerings, and it made an $875 million deal for home insurer ASI announced in December.

Asked if the consolidated ratio could rise toward 96 to accomplish this in the direct market, CEO Glenn Renwick said on a conference call Wednesday he was amenable to it so long as there was a growth potential.

“I have quite a physical reaction to going over 96,” he said, “So that won’t happen by design.”

Chief Financial Officer Brian Domeck said on the call it could be worth spending more on advertising — and therefore driving up the ratios — so long as quotas for new and returning policies were reached.

For collision repairers, ratios closer to 100 could mean a tighter rein on claims to offset lower premium revenue or more advertising spending.

Overall, Progressive made a net $1.3 billion last year, the company said in its annual report. In personal lines, it took in $16.6 billion, up 8 percent, and ended up with a profit of $1.1 billion.

Progressive indicated its real cost driver was medical care — which makes sense, since you can’t “total” a person the way you can a car, and the potential for fraud is larger.

“It is a challenge to estimate future severity, especially for bodily injury and (personal injury) claims, but we continue to monitor changes in the underlying costs, such as medical costs, health care reform, and jury verdicts, along with regulatory changes and other factors that may affect severity,” Progressive wrote in its annual report.

So while auto claims did increase — probably because repairs continue to get more complicated given that accidents stayed flat — insurers are more worried about health care and tort lawyers than collision repair.

“Next: The Progressive Corporation 2014 Annual Report to Shareholders”