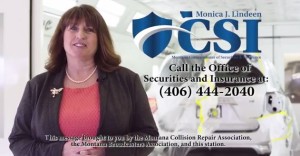 Democratic Montana Insurance Commissioner Monica Lindeen tells auto body customers not to be “steered” and reminds them of their rights in a new PSA-type ad which ought to please collision repairers.

The announcement was paid for by the Montana Collision Repair Association and Montana Broadcasters Association.

“Don’t be steered in the wrong direction,” Lindeen says, and reminds customers they can go wherever they want for collision repair.

“The insurer’s also required to pay your claim promptly, no matter where your car is repaired,” she says. “Don’t be pressured into using a body shop you’re not comfortable with.”

Society of Collision Repair Specialists board member Bruce Halcro, the past president of the Montana collision association, said the ad is scheduled for release March 17. A version with “For Approval” in the title has been posted online, but Halcro said it’s received the OK and should mimic the final one.

“We’re excited to get it running,” Halcro said. 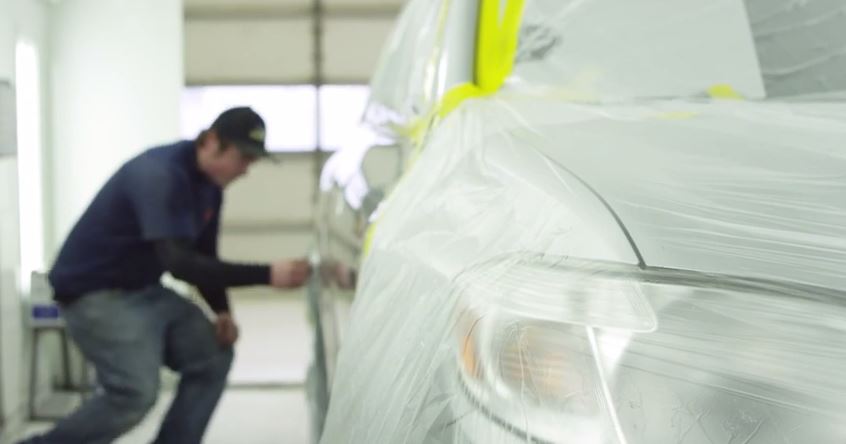 Halcro said under the terms of the deal the Montana repairers group obtained with the broadcasters’ association, the ad will get three spots more than the purchase price would normally allow. It’ll air on radio and television, he said.

He said his association looked for ways to give members a lot of bang for the buck and had discussed an ad. Seeing a similar ad in Oklahoma really sold them on the idea.

“It was an opportune time,” Halcro said, as Lindeen couldn’t have participated in an ad in an election year. (She is term-limited out now anyway.) He said other insurance commissioners have appeared in such ads in the past.

Securities and Insurance Office spokeswoman Laura Parvey-Connors said Lindeen was receptive to the idea, as it was a “good message to get out there.”

She said that while she couldn’t speak to any change in the volume of calls, consumers had been calling the state policyholder services hotline about their car insurance rights. She couldn’t elaborate as to the nature of the calls — whether they were complaints or simple requests for information.

However, when the head of the policyholder services line heard about the ad, “she was happy about it,” Parvey-Connors said.

“I think that runs both ways,” he said.

Montana collision repairers got another win recently when a bill that would weaken Montana restrictions on who can act as a middleman between insurers and auto glass companies died in the House Business and Labor Committee. Read more here.

According to Halcro, Montana lawmakers are past the deadline to file new bills, so collision repairers shouldn’t have anything else industry-specific to worry about this session.