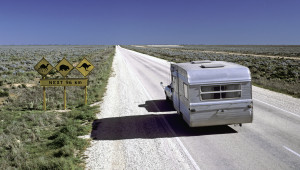 IBISWorld has adjusted its report on the Australian collision repair industry to reflect the negative impact of insurers and fewer crashes on shop income, the researcher announced earlier this month.

The industry as a whole was now estimated to produce $7.1 billion in revenue in 2014-15 and have fallen an average of about 0.2 percent each year for the past five years, according to IBISWorld. Revenue was forecast to be down 1.8 percent for 2014-15.

“A combination of safer new vehicles and more risk-averse drivers has reduced vehicle accidents and decreased demand for the industry’s services,” analyst David Whytcross said in a statement.

But the real reason for the decline? Australian insurers, according to IBISWorld.

“Although the number of vehicle crashes has declined in most years, minimising revenue volatility, it is the growing power of insurance companies within the industry that is significantly reducing industry revenue,” IBISWorld wrote in a news release.

It’s because of direct repair programs (known as “preferred smash repairer agreements” in Australia, according to IBISWorld), which are apparently just as influential in Australia as America.

Because of fewer accidents and lower demand, insurers and are paying repairers less.

All of these trends are expected to continue for the next five years.

“Insurance companies are expected to continue entering the industry with chains or joint ventures of their own, increasing their revenue but pushing down prices,” Whytcross said in a statement.

IBISWorld also highlights other issues which ought to be familiar to collision repairers in America: Small shops lacking market share or economies of scale and an “ease of entry” continuing to divide up the pie, according to the company. But consolidation is beginning there too.

“The proportion of working proprietors to total establishments is estimated to have declined over the past five years,” IBISWorld wrote. “This has been partially due to the exit of working proprietors from the industry and the expansion of franchises, which has slightly pushed up market share concentration.”

This ease of entry is apparent from an report excerpt on shop capital posted on IBISWorld’s website that notes the industry spends $11.07 in labor for every $1 spent on equipment. It’ll be interesting to see if that changes as cars get more advanced down under.

Featured image: IBISWorld has adjusted its report on the Australian collision repair industry to reflect the negative impact of insurers and fewer crashes on shop income, the researcher announced earlier this month. (John Carnemolla/iStock/Thinkstock file)