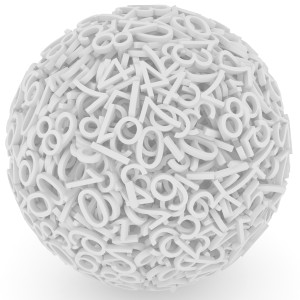 The Property Casualty Insurers Association of America has lashed out at Rhode Island collision repairers in a special report earlier this month that blames them for growth in the state’s costs.

The association accuses the Auto Body Association of Rhode Island for 17 laws favorable to collision repairers that it says have driven up the cost of premiums in the state. However, PCI conveniently ignores other data that hurts its case.

The move was probably done in response to multiple auto body-related bills filed this year in Rhode Island — Collision Week estimates at least four will be heard Tuesday. These include February’s House 5471, which opens the door for third-party insurance lawsuits against insurers that “engage in unfair claims settlement practices and unfair and deceptive competition and practices.”

That means auto body shops (and anybody else) can go after insurers with lawsuits that might otherwise have been denied in court on the grounds that a collision repairer isn’t technically the one with the policy in question. (Even if an insurer’s handling of it very much affects them.)

The bill will be considered Tuesday by the House Corporations Committee at the “Rise of the House,” which is the end of the regular House session. The committee could meet around 4:30-5 p.m., a staffer estimated, but it really varies on how much business the full House — which meets at 4 p.m. — has on its plate that day.

Also on the agenda for the Rhode Island Assembly Corporations Committee on Tuesday is House 5491, which would create two tiers of auto body shops recognized by the state, “Class A” and “Class B” — and require insurers to provide different labor rate surveys for both levels. Read our earlier analysis of it here.

Presumably, insurer lobbyists will be throwing these numbers around at the Legislature. Here’s some collision repair counterarguments based on the National Association of Insurance Commissioners report the PCI appears to be citing so everyone can have a grand old argument at the hearing Tuesday.

Which geographically makes sense — except for automotive, it might not. While acknowledging that none of the data “consider differences in state auto and tort laws, rate filing laws, traffic conditions, or other demographics,” the NAIC specifically singles out per capita highway miles driven, disposable income, and population density as having an impact.

In that regard, Rhode Island is closer to other Northeast states than to Vermont, Maine and New Hampshire in two out of these three factors. The same problem happens when you look at miles driven in 2012, the statistic offered by the NAIC. Rhode Island sees 1.2 million miles driven per mile of road. Again, not too far from Massachusetts (1.54 million) or New York (1.12 million). But again, New Jersey (1.89 million), Pennslyvania (0.83 million) or Delaware (1.44 million) might be more appropriate than Vermont (0.5 million), Maine (0.62 percent) or New Hampshire (0.8 million).

Disposable income is all over the map in the Northeast in the 2011 data provided by the NAIC, and so a straight swap of the three states doesn’t work well for either side’s arguments.

Of course, the NAIC also warns that any state-to-state comparisons “should be treated with a high degree of caution.” (It’s even bolded.) So both arguments might be worthless. Nevertheless, the insurers’ state choices seem a little suspect given the NAIC’s mention of density and driving factors.

Why? Because using New Hampshire, Vermont, and Maine allows you to compare Rhode Island to nearby states with lower premiums and claim costs than if you use Delaware, Pennsylvania and New Jersey.

The PCI uses Mitchell and AudaExplore data from 2003-2014 for rates and claim costs, so we can’t really check it. But the NAIC did provide Automatic Data Processing and Audatex data from 2011 and 2009 (for some reason, the NAIC couldn’t get 2010 stats).

Plus, Delaware and New Jersey both cost nearly the same or more (New Jersey is No. 1) for average premiums than Rhode Island, while Maine, Vermont, and New Hampshire are hundreds of dollars cheaper. Pennsylvania is $260 cheaper, but still higher than any of those three.

The PCI also worked  out the math for the costs of premiums excluding bodily injury liability (all physical damage), calling Rhode Island the third largest in that statistic in 2012.

We weren’t able to perform that calculation easily with solely the NAIC report. However, we can tell that Rhode Island was fourth in average collision premium, at about $357, and fifth in liability premiums, at $702 (which includes property damage liability and uninsured/underinsured property damage). Comprehensive, it’s not even in the top 10.

But despite the thesis elsewhere in the PCI report that collision repairer laws are driving up consumer costs over the past decade, they sure haven’t grown collision premiums there the past few years. Collision premiums have fallen from $372 in 2008 and have been between $351 and $357 since, based on the NAIC data. Comprehensive physical damage premiums started at $121 in 2008 and has been between $118 and $115; it was $116 in 2012.

So at best it’s uninsured motorist or third-party collision claims that are the issue — though of course liability premiums take into account medical liability, which is a much bigger ballgame. Total liability premiums have indeed risen in Rhode island, from $644 in 2008 to $702 in 2012, much higher than the national average of $508. But even if you pretend that nobody filed a bodily injury claim, that means premiums increased 9 percent compared to 6.8 percent growth nationally. Not so outrageous.

Finally, just because costs increased doesn’t mean it wasn’t the right thing to do. It’s interesting that the cost is being disputed more than the rationale behind the laws. Virtually any reform is going to increase business costs. In some cases, it’s an unnecessary bureaucratic annoyance. In other cases, the societal benefit of not letting a business do whatever the hell it wants is worth paying more — or just lowering the business’ profits a little.

Because auto insurers still did OK in 2012 in Rhode Island. The NAIC  also estimated their return on net worth for private passenger auto physical insurance was 8.5 percent. Take into account liability and it falls to 5.4 percent. Last year, they made even less, but they still turned a profit — 4.1 percent physical, 1.4 percent for everything. This is way down from the 33.2 percent/14.1 percent profits they made in 2004, but still not so bad considering that they’re probably also ramping up ad spending during this time, too. (The U.S. as a whole shows similar profit declines in the second half of that decade, too.)

Obviously, as the old lies, damned lies, and statistics quote holds, anyone can find or manipulate numbers to justify just about anything, and so it’ll be up to the Rhode Island Legislature to decide whose case has the most merit. But at least now there’s a fair helping of stats on both sides.