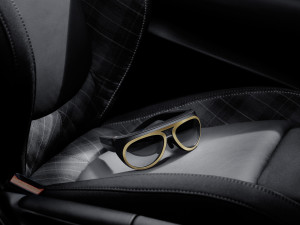 It might be more in the “isn’t that cool?” department than the kind of tech poised to seriously impact collision repair, but MINI’s Augmented Vision glasses got our attention this week with recent media coverage.

BMW’s concept is that unlike Google Glass, nobody really can tell you’ve got a computer strapped to your face, and the application is very focused, according to USA Today and Ars Technica coverage.

“We feel we’ve addressed the key barriers Glass had, which had to do with fashion, privacy, interaction with the device and battery life,” Qualcomm Vuforia mobile vision leader Jay Wright told USA Today. Qualcomm and BMW worked together on the glasses.

“On the first, well, mostly you’re wearing them in your car, so you care a bit less about how you look,” he told the newspaper. “On privacy, we have no cameras recording images. The interaction with the device happens mainly through the steering wheel. And you’re using it mainly while driving so battery life isn’t an issue. In this context, the barriers to augmented vision really can start coming down.” The glasses are supposed to provide a heads-up display showing speed and navigation items you’d typically be looking at your phone or GPS gadget to check. That reduction of distractions could have an impact on crashes, as Ars Technica noted, citing its coverage of a University of Central Florida study. (Though it’s notable that the UCF study and its prior coverage showed that Google Glass can distract drivers like a smartphone.)

Though Ars Technica also asked if “you need a whole extra accessory that does what a smartphone on a dash mount can do slightly less well?”

One fascinating crash-reduction concept was touted: The ability for the glasses to show you what’s obstructed by your car’s body and panels.

“A virtual view through parts of the vehicle (such as A-pillars and doors) serves to render external areas or objects concealed by the car visible,” BMW’s news release states.

Two proposed features are worth mentioning just for the convenience factor: BMW says the glasses could help you find a parking spot and calculate the distance to the curb should you try and parallel-park. (Self-parking cars already exist, but we definitely like BMW’s idea of having a parking spot locator in a HUD instead of having to use an app or in-dash feature.)

The glasses have no release date, according to USA Today. The newspaper did note BMW said customers kept reordering expensive HUDs in luxury cars, indicating a demand exists for that kind of thing.

A pair of MINI Augmented Vision glasses sit on what is presumably a MINI seat in this publicity photo. (Provided by BMW)