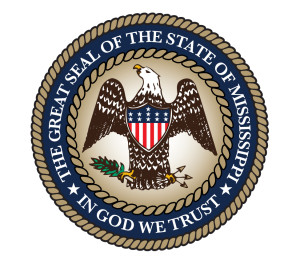 Mississippi collision repairers have overhauled their lawsuit against some of the major auto insurers, providing the kind of specifics it seems were lacking in an earlier draft dismissed by a Florida judge.

In the new version of Capitol Body Shop et al v. State Farm et al filed in late March, attorneys for the auto body shops indicate the kind of regional variation in labor rates insurers deny exists in Mississippi, point out examples of steering and argue that it’s impossible for all the insurers to be matching State Farm’s rate decisions without collusion.

To avoid legal repetition, a federal judicial panel has given this and about two dozen other states’ lawsuits by collision repairers to Middle District of Florida Judge Gregory Presnell, though each states’ own laws will apply to the decisions if they differ from Florida’s. Magistrate Judge Thomas Smith has been tasked with reviewing the cases and making recommendations to Presnell.

In February, Presnell followed Smith’s recommendations and ordered the case dismissed with a chance to refile all allegations except for one of “quasi-estoppel,” which he also killed for good in Florida’s A&E Body Shop Inc. et al. v. 21st Century Centennial Insurance Company et al. He gave no sign he disagreed with Smith’s reasons for dismissal — which primarily centered on too little detail to support the claims under state and federal law.

But the new Mississippi lawsuit gives those kind of specifics in spades, appearing to meet the kind of criteria Smith implied would be necessary.

For example, Smith had noted that shops had erroneously argued a Mississippi law saying “the most an insurer shall be required to pay for the repair of the vehicle or repair or replacement of the glass is the lowest amount that such vehicle or glass could be properly and fairly repaired or replaced by a contractor or repair shop within a reasonable geographical or trade area of the insured” was a payment “floor,” not a “ceiling.”

But he did give the collision repairers a bit of advice: “If Plaintiffs can plead facts showing that Defendants do in fact condition payment of claims on the insured’s use of preferred repair shops, they may be able to allege a violation of the statute.”

The Mississippi repairers did so, giving examples of customers who were allegedly required by insurers to use a certain shop in violation of another part of the law.

“Consumer Kerri Mitchell identified Plaintiff Walkers Collision as her chosen repair facility to Progressive in January, 2015,” the lawsuit states, giving one example. “Progressive told her that if she took her car to a preferred shop, Progressive would guarantee the repairs for life. Progressive further told Ms. Mitchell that she was required to choose from one of three repair facilities, one in Louisiana, one in Gulfport (over an hour away) or one local.”

Another example alleged in the lawsuit: A senior named Gail Hampton told State Farm she wanted to take her car to another plaintiff, Alexander’s Body Shop, but the insurer told her she had to first get an estimate at an approved shop in either Jackson, Miss., or even further away in Louisiana. She said she wanted to go to Alexander’s, which was closer, but State Farm said she had no choice. Ultimately, she let the car be repaired at the estimating shop because of the hassle in getting it there.

“Ms. Hampton would have consummated the business with Alexander’s but for State Farm’s illegal insistence she had to take her vehicle to another shop for an estimate because Will Alexander, owner/operator of Alexander’s Body Shop, is Ms. Hampton’s nephew,” the lawsuit states.

The lawsuit also highlighted alleged steering by Shelter, which it called particularly telling as Shelter had already ended its DRP.

“The only reason to steer or attempt to steer customers from Plaintiffs’ shop is to intentionally interfere with and harm Plaintiffs’ businesses,” the lawsuit states.

The shops also argued that insurers were ducking the notion of paying for a car to be “properly and fairly” repaired as discussed in the law. Mandating aftermarket or recycled parts — the latter against the advice of the repairer — and refusing to cover certain procedures (such as the infamous feather, prime and block and denib/finesse) weren’t meeting the statute.

“While Defendants have certainly paid the least amount they could manage for given repairs, whether that amount was sufficient to pay for a proper and fair repair is in controversy,” the lawsuit states.

(An interesting footnote on Progressive’s handling of denib/finesse: “Progressive’s record of payment for this procedure is spotty, primarily depending upon the temperament of the individual adjuster.”)

The specific steering claims also would seem to satisfy Smith’s demand for more details of how insurers committed tortious interference with business relationships. Mississippi is less restrictive in Florida in general — you don’t need a specific business relationship to have been disrupted — but steering allegations like the Mitchell example would seem to meet even the Florida version.

The lawsuit says GEICO even provides an incentive to promote DRP shops that seems like it would create the temptation to steer.

“GEICO appears to be the most aggressive,” the lawsuit states. “… If the GEICO employee handling the claim is successful at directing a vehicle to one of its direct repair shops for an estimate, the file is marked as a successful ‘capture.’ If GEICO successfully compels repairs at the facility which ‘captured’ the vehicle, this is designated a successful “retention.” GEICO internal documents repeatedly urge employees to capture and retain, directly tying such success to increased company profits and increased profit-sharing bonuses for employees.”

The lawsuits also seem to show what the shops call the farfetched notion that a bunch of insurers without labor rate surveys would match State Farm’s rates purely by coincidence and that the prevailing rate across a state Mississippi’s size would really be identical when posted rates aren’t. (And it’s not like posted rates were double the prevailing rate — they’re a couple of bucks higher if they do exceed it.)

That seems to support the Sherman Antitrust Act claims, which Presnell has said require more than a vague “this looks fishy” coincidence (though coincidence is admissible) or businesses independently following suit to stay competitive (“lawful parallel conduct,” the Supreme Court calls it).

The lawsuit gives example of insurers seemingly admitting they follow State Farm’s rates, which would mean they know them.

The lawsuit also gives examples from around the country to bolster the case (and since some of the defendant insurers are national companies, this seems fair).

“For instance, in Oklahoma, (a USAA employee) told Blevins Paint and Body that labor rates would be going up shortly because the new State Farm survey results had just been sent out and it would take USAA a couple of weeks to put them in motion,” the lawsuit states.

Since State Farm tightly protects its data from public disclosure, competitors must be getting it directly from State Farm itself, the lawsuit concludes. (Although if DRPs have “most favored nation” clauses as are still allowed in some states, it seems as though the companies could deduce it that way.)

The lawsuit also criticized the prevailing rates State Farm establishes and its alleged shifting market boundaries to suit its needs — actions which the shops said ripples across the insurance industry.

“For instance, after Plaintiff Lakeshore Body Shop raised its rates and questioned parts practices and State Farm’s refusal to pay for necessary procedures, State Farm reallocated Lakeshore Body Shop to a different market area with a lower ‘market rate.'” the repairers said in the suit. “State Farm reduced the labor rate it paid Lakeshore to conform with this new ‘market area.’ Within weeks, other insurers reduced their rates paid to Lakeshore, as well.”

As for the market rates themselves, the shops question the seemingly large swaths of the state to which single rates from State Farm apply. It gives examples of shops 360 miles apart in Ocean Springs, Miss., and Southaven, Miss., with different posted rates being told their regions had identical market rates.

“Despite this distance and variance, and the fact that no Plaintiff charged less than $44.00 per hour, State Farm had determined the market rate was $42.00 per hour for body and refinish labor and $35.00 for paint.”

The new complaint was filed March 21. The last activity in the case was April 9, when insurers filed separate unique motions to dismiss the claims or joined one of the others.