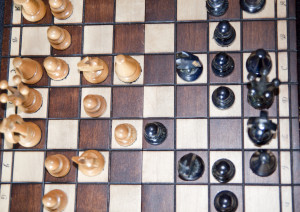 Lowered margins from aftermarket parts and other insurer-driven factors were among the challenges described by auto repairers and stakeholders in an Automotive News “man on the street” piece published Monday.

The coverage by news editor Charles Child took the pulse of collision and auto repairers and those employed by related companies, such as Axalta, who were attending Automechanika to find out what issues they’re facing these days. It’s worth a look to find out what your colleagues and business partners are dealing with these days.

D&M Auto Body manager Dennis Cataldo criticized auto insurer stances on cheaper parts — which he said sometimes cause customers to blame the shop, not the insurer — and non-reimbursed work in the Automotive News piece.

He gave the example of insurers that “won’t pay for the cover of a car for painting or for the time to put it on a car.”

The article also mentions the effect of PartsTrader, which State Farm mandates for its direct repair program shops.

PartsTrader argued that vendors have to be nominated by shops to even join the PartsTrader marketplace, according to the newspaper. Business development Vice Preaident Dale Sailer pointed out “Our highest-rated suppliers sell two-thirds more parts than lower-rated suppliers,” meaning that the system polices itself.

But shops would argue that State Farm, as the No. 1 auto insurer in the country, dictates too much of how shops use the service to make it as free a market as say, eBay.

The article also featured comments from Axalta refinish marketing manager Harry Christman, who said his company has lost brand awareness since it was spun off from DuPont in 2013.

“DuPont is a household name,” Christman told the newspaper.

We’ll help them out a little. Here’s an Auto Body Repair Network clip of an Axalta demonstration from Automechanika:

He told the newspaper that his difficulty is also branding — shops in the U.S. haven’t heard of Yantai Haide, which sells shop equipment including lifts and wheel aligners.

“Repair shops strive to stay head of the pace”

Featured image: Automotive News reported some of the challenges auto repairers and other stakeholders in the industry reported were in their way. (filiz76/iStockk/Thinkstock)