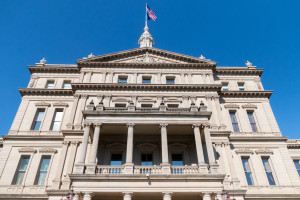 The Detroit Free Press tears apart a Legislative proposal to remove Michigan’s “no-fault” injury insurance in an editorial worth reading for collision repairers even if it addresses a different insurance animal.

Ladies and gentlemen of Michigan, the state Legislature would like to save you $8 a month. And in return, they’ll essentially obliterate a state program that you might really need someday.

Michigan’s personal injury protection provision, a part of auto insurance, costs drivers $186 a year, for which they’re assured lifetime benefits in case of catastrophic injury through the Michigan Catastrophic Claims Association. It’s unique in the nation — a fact the insurance industry has seized upon to attack the program.

That lead’s a little apples-to-oranges by mixing the year and month data — a fairer comparison would be that it saves you $100 out of that $186, according to the Free Press article — but the editorial and issue should interest auto body shops having their own battles with insurers.

The insurance industry even acknowledges Senate Bill 248 and 249 wouldn’t do anything about the higher insurance rates in Detroit, according to the Free Press. (Which are probably more a function of crime rates and other factors than “no-fault.”)

Insurance Institute of Michigan Executive Director Peter Kuhnmuench said insurers pay four to five times the amount as Medicare or worker’s compensation, the newspaper said. The bill would cap how much insurers have to pay at 150 percent of Medicare or worker’s comp, according to the Free Press, and the Detroit News said it cuts back rehabilitation afterword as well.

Now Medicare does pay below cost, according to this 2009 Washington Post coverage by Ezra Klein, and hospitals will charge insurers more to cover the bill. Workers comp — while gutted in many states, according to ProPublica, at least seems to pay above the national average in Michigan, the site’s coverage indicates.

The rehabilitation cap could be even more problematic, since if you get a brain or spine injury in a crash, that’s some serious money and care for rehabilitation.

What’s also interesting about this debate is that it seems to indicate that, despite whatever rate costs your state’s insurance lobbyists might try to blame on collision repairers, injury fraud and medical claims really seem to be the biggest problem for insurers in terms of cost.

(And the latter is what they’re supposed to cover — that’s the point of all those premiums you paid!) After all, you can’t write off a human body as a “total loss,” though it might seem as though insurers would want to try.

The bills have been passed by the Senate 21-17 and have been reported out of the House Insurance Committee 9-6 with an amendment to SB 248.