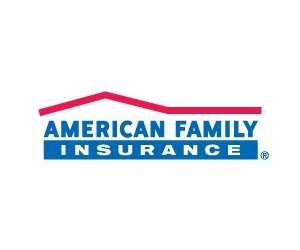 American Family has instructed its Certified Repairer Program auto body shops in two Midwestern states to buy parts from an supplier with warehouses hundreds of miles away from the destinations, according to emails shared with Repairer Driven News.

The emails, which appear genuine, include one from a CRP senior adjuster for the direct repair program that tells shops to use aftermarket dealer Brock Supply of Tempe, Ariz., which also has facilities in Terrell, Texas, and Danville, Va. None of these locations are in states which border the two locales receiving the mandate in the Midwest; however, they were still recommended by American Family’s parts procurement partner APU.

“Some of you have started seeing Brock Supply out of Arizona come up in your APU searches especially for Radiators and Condensers, and their prices are quite low,” the adjuster wrote to CRP shops. “… Until we hear something different, it will be expected for the local CRP shops to use Brock Supply when they come up as the recommended part in APU.  It appears their prices may be low enough that price matching could be difficult.”

Interestingly, an earlier American Family email to APU from the adjuster even notes the distance, though the thrust of the question seemed to have more to do with was whether the low price meant too low of quality.

“We have very little complaints about part quality with Brock’s,” APU wrote back to American Family.

The distance really seems a bit extreme, even if there’s a price savings. We asked American Family on Tuesday if the insurer’s parts decisions in situation like this are made purely on price or if any other factors like distance come into play. We hadn’t heard back as of Wednesday evening.

The idea from buying parts from out of the region was also criticized in 2013 New England Automotive Report coverage of a NORTHEAST panel on the insurer-procurement connection issue. The magazine noted such distant purchases hindered crucial relationships between shops and dealerships and could complicate a repair if the order was filled incorrectly or with a broken part.

Do you have a story of controversial insurer demands? Share it and other news tips by emailing us at info@repairerdrivennews.com.