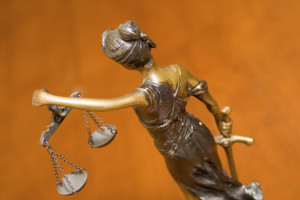 Collision repairers in 12 states Monday challeged a judge’s recommendation that their 14 cases against insurers be dismissed, arguing that the underwriters’ dominance of the customer-insurer-repairer “unique relationship” strips the shops of a true free-market recourse.

But the June 29 filing offers one of the best arguments so far in the multi-district litigation explaining why shops can’t just reject business from insurers who refuse to pay their posted rates or “non-included” procedures necessary to get a vehicle truly back to pre-crash condition. This makes a much better case for the unjust enrichment/quantum meruit claims — relating to someone keeps a benefit without paying for it — alleged in the lawsuits, which also accuse insurers of steering and price-fixing.

Even if it doesn’t sway Presnell, it’s good fodder for showing to a skeptical legislator wondering why shops would need more pro-repairer legislation when there’s a free market out there.

As for the steering and price-fixing allegations, shops in another half-dozen or so states have all heavily revised their arguments to include all kinds of juicy new details to bolster those claims in the future (It’s been implied that these were absent in the earlier version of the case as a legal strategy.) It’s likely this will happen for these states’ repairers too.

Besides explaining how insurers allegedly complicate the marketplace, attorneys for the more than 60 shops in  Missouri, Kentucky, Pennsylvania, Washington, Illinois, Virginia, Arizona, Oregon, Michigan, New Jersey, California and Alabama “respectfully” correct Smith’s assessment that shops should have been negotiating with insurers within that market.

“The Plaintiffs are free to set their own prices so as to compete with each other,” attorneys for the shops wrote. “They are not required to accept the Defendants’ own determination of what their prices should be, nor are they required to negotiate, bargain or discount those prices.”

Smith also seemed to imply that shops should perhaps reject business from customers — even loyal ones — whose insurers won’t agree to their rates and repair blueprint, sort of how doctors turn away Medicaid patients or policies from the federal exchanges.

The shops also argued (more eloquently) that state law doesn’t require you to beat your head against a wall.

“The history of unilateral action by the Defendants as set forth by the Complaints establishes that bargaining would have been futile,” the objection states.” The law of each state at issue has recognized for decades, in some instances for over a century, that a party is not required to engage in futile gestures.”

And once the repair is started, a shop has no choice but to either cut corners or eat the cost of any necessary procedure for which an insurer doesn’t feel like paying — giving insurance companies an unfair advantage, according to the objection.

“With respect to legal duty, the Recommendation’s language appears to imply a Plaintiff may be legally excused from performing full, complete and safe repairs to vehicles entrusted to them by the consumers who chose their services,” it states. “However, the Recommendation provides no authority for the apparent proposition.

“This is consistent with the Recommendation’s omission of the myriad facts set forth in the complaints showing the Plaintiffs must perform full, complete and safe repairs in order to protect their own interests and execute their independent obligations to the consumers whose vehicles they are repairing.”

Of course, this hurts the steering case a little, implying that the preferred shops who cut corners on the insurer’s behalf will be driven out of business and the marketplace will even it out. But if the marketplace is as distorted and insurer-driven as the shops alleged, there might not be very many shops doing “full, complete and safe repairs” left by the time capitalism delivers the comeuppance to rivals.

Finally, the objection also argues that collision repair isn’t like a normal marketplace even if customers, insurers and shops were all on their best behavior.

“As was pointed out at oral argument on motions in November, 2014, and in various pleadings since then, the relationship amongst the participants in auto repair is unique. It is not an ordinary buyer-seller transaction and ordinary buyer-seller principles simply cannot always be applied, despite the obvious appeal of their ease of use.

“The procurer of services in this unique setting is the consumer, the vehicle owner. The provider of services is the body shop. The insurer Defendants are neither. …

“In the instant transaction, the Defendants retain no right to approve, disapprove or otherwise decide where an insured or claimant has a vehicle repaired. The Defendants’ role is by analogy that of surety. The repair agreement is between the consumer and the body shop. The Defendants duty, by virtue of its separate obligations to policyholders and claimants, is to pay. That is all.”

This is true in a perfect world. In the insurers’ defense, the “unique relationship,” as the shops’ attorneys describe it, is also open to the potential for abuse on the service provider’s part as well. See the controversy, described here in the Atlantic, on whether hospitals’ markups to insurers and out-of-pocket patients constitutes profiteering or just recouping costs on treating the indigent.

Therein lies the court’s dilemma. However, so far, the shops suing the insurers haven’t been asking for the moon — describing seeking rates a couple of bucks higher than the “market rate” determined by State Farm — and compensation for procedures like feather, prime and block which are indeed treated as separate line items by the estimating databases.

Featured image: A June 29 filing offers one of the best arguments so far in a multi-district litigation into why shops can’t just reject business from insurers who refuse to pay their posted rates or “non-included” procedures necessary to get a vehicle truly back to pre-crash condition. This makes a much better case for the unjust enrichment/quantum meruit claims — relating to someone keeps a benefit without paying for it — alleged in the lawsuits, which also accuse insurers of steering and price-fixing. (Rayna Januska/iStock/Thinkstock)