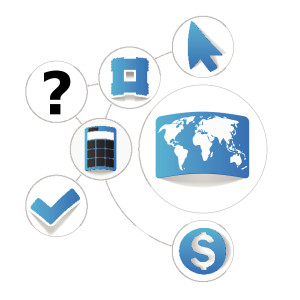 State Farm announced Thursday it would redraw the geographic markets on its controversial collision repair survey to sync with “government defined market areas.”

The nation’s No. 1 insurer uses data from the surveys to determine the labor and paint and materials rates it’ll pay for a particular geographic region. The surveys started several years ago, and have been updated in the past “when business needs arise,” according to State Farm.

In this instance, the focus is geography.

“We are refining market boundaries used to determine prevailing competitive prices to serve our customers and to better align with government defined market areas,” State Farm spokesman Justin Tomczak said in a statement.

However, State Farm said the revisions could also change what it calls the “prevailing competitive prices” — also known colloquially as the “market rate” — for an area.

State Farm could also update its individual collision repairer information to better reflect pricing and capacity, the insurer said in a news release.

“Having the most current information available continues to help State Farm serve our customers by paying what we owe promptly, courteously, and efficiently,” the insurer said.

Tomczak wrote in an email that “we don’t have a lot of additional information to give beyond what is in the release,” but he was looking into some other questions we submitted about the survey changes. Continue to check Repairer Driven News for updates.

The market areas have been a source of contention in multiple recent lawsuits against insurers. Collision repairers have argued that State Farm arbitrarily sets areas to give itself the best pricing, resulting in situations where the insurer allegedly declares the market rate different than what the only shop in a town charges.

The survey’s “half plus one” pricing model itself has been challenged as being deflated by a bizarre median calculation involving staff size instead of a common-sense mean or median price equation, and shops have also alleged that State Farm is sharing the rate data with other insurers to fix prices. Insurers have argued that competitors matching each other’s rates is just smart business, not collusion.

Tennessee repairers even have alleged in a revised lawsuit that a State Farm employee has admitted the insurer manipulates the data.

“A State Farm employee has admitted to Plaintiff ICON that State Farm deliberately suppresses labor rates and the purported survey results in a ‘prevailing competitive price’ is actually ‘whatever State Farm wants it to be,” the lawsuit sates. “This employee has further admitted State Farm purposefully asserts reliance upon out-of-date information, such as labor rates ‘about twenty years old,’ entered into the ‘survey’ long ago.”

State Farm and other insurers questioned the comment’s validity in a new motion to dismiss.

“This purported recitation of the employee’s personal opinion is too vague to provide any indication of which allegations this unspecified employee supposedly thinks are accurate or why the employee should be supposed to have any knowledge of the truth or falsity of any particular allegations,” the motion states.