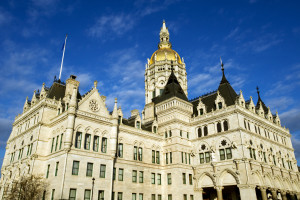 The Connecticut Supreme Court has issued a verdict on the Hartford’s appeal of Artie’s Auto Body, Inc. et al v. The Hartford Fire Insurance Company, reversing a $34.7 million judgment against the insurer in a class-action suit initiated by a group of over 1,500 Connecticut collision shops.

The decision, released today by the Connecticut Supreme Court, sided with the insurer’s claim that the failure of its appraisers to remain “fair and impartial” violated a portion of the Connecticut Unfair Trade Practices Act (CUTPA):

“Indeed, we are unable to discern why appraisers, when negotiating for the cost of auto repairs on behalf of their employers, would ever owe a duty of impartiality to the auto body repair shops with whom they are negotiating. Under our regulatory provisions, those businesses are deemed to be capable of representing their own interests, and certainly are under no obligation to accept insurance related work that is not sufficiently remunerative. We therefore agree with the defendant that the trial court incorrectly concluded that the trial court incorrectly concluded that § 38a-790-8 supports the plaintiffs’ CUTPA claim alleging unfair labor rate practices…In light of that conclusion, the plaintiffs’ CUTPA claim cannot stand, and the defendant is therefore entitled to judgment as a matter of law. The judgment is reversed and the case is remanded with direction to render judgment for the defendant.”

The case, which was initially decided in 2009 in favor of a class-action group of Connecticut collision shop plaintiffs with an award of $14.7 million, alleged that the Hartford violated the CUTPA through engaging in deceptive practices regarding the insurer’s promotion of its DRP program to policyholders, including wrongful steering of claimants to Hartford-preferred shops, and attempts to establish an artificially low standard of labor rates in damage appraisals.

Superior Court Judge Trial Referee Alfred Jennings then hit the insurer with an additional $20 million in punitive damages in 2013, following a jury’s conclusion that the Hartford was engaging in unfair business practices by using in-house appraisers and DRP network shops to suppress labor rates paid in the state.

The Hartford’s appeal, which went before the Supreme Court in January, claimed that the court should have used Federal Trade Commission guidelines meant to replace the “cigarette rule,” that liability could be determined due to the vagueness of the law itself (known as a “prenumbra”), and that the court “abused its discretion” in its $20 million punitive damages award.

Repairer Driven News will be analyzing the details of this judgment to provide further details on the decision throughout the week. Stay tuned for developments and updates as this story continues to unfold.