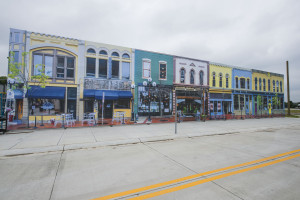 The University of Michigan’s Mobility Transformation Center on Monday officially opened Mcity, a 32-acre faux municipality which will allow researchers to test self-driving and “connected” cars.

Unlike other self-driving research, such as Google’s use of the city of Mountain View, Calif., as a guinea pig, there’s no need to obey traffic and city laws in the test-tube environment of Mcity. That allows researchers to test variables like how a self-driving car handles faded lane marking or a road sign with graffiti — Mcity has both — without getting hauled up on charges. (One hopes there’s some lucky scientist who gets to put surfboard stickers on pedestrian crossing signs or shoot bullet holes into a placard welcoming drivers to the city.)

Besides the simulated road conditions, the center — which has a max speed of 40 mph — will allow for better understanding of how a car needs to react to an unpredictable human driver or pedestrian, according to the Detroit Free Press.

“The problem with that is that humans cheat.” MTC Director Peter Sweatman told the Free Press. “They go faster. They run traffic lights. The machine does what it is programmed to do. So we have this mismatch. Eventually we need to have both humans and machines operating to the same standards.”

Sweatman told the newspaper he’s talked to Google too.

“They are very familiar with what we have here,” he said, according to the Free Press. “I believe we will eventually see a good collaboration there. We need what’s happening on the West Coast as well as what’s happening here.”

Besides purely autonomous cars, the facility will test V2V and V2I vehicles, the technical terms for cars “talking” to other cars or the city’s infrastructure.

A recent Automotive Megatrends webinar indicated that technology communicating with other technology would ease the challenge of producing safe self-driving vehicles. But even if self-driving cars remain a fantasy forever, connected cars would be beneficial by alerting each other to obstacles like potholes or road congestion.

Builders started work on the city in 2014, and so far, it’s cost about $10 million. The college and Michigan Department of Transportation put up much of the money, but 15 “Leadership Circle” members have also pledged $1 million to the university, and 33 “Affiliate Members” have donated $150,000 each. 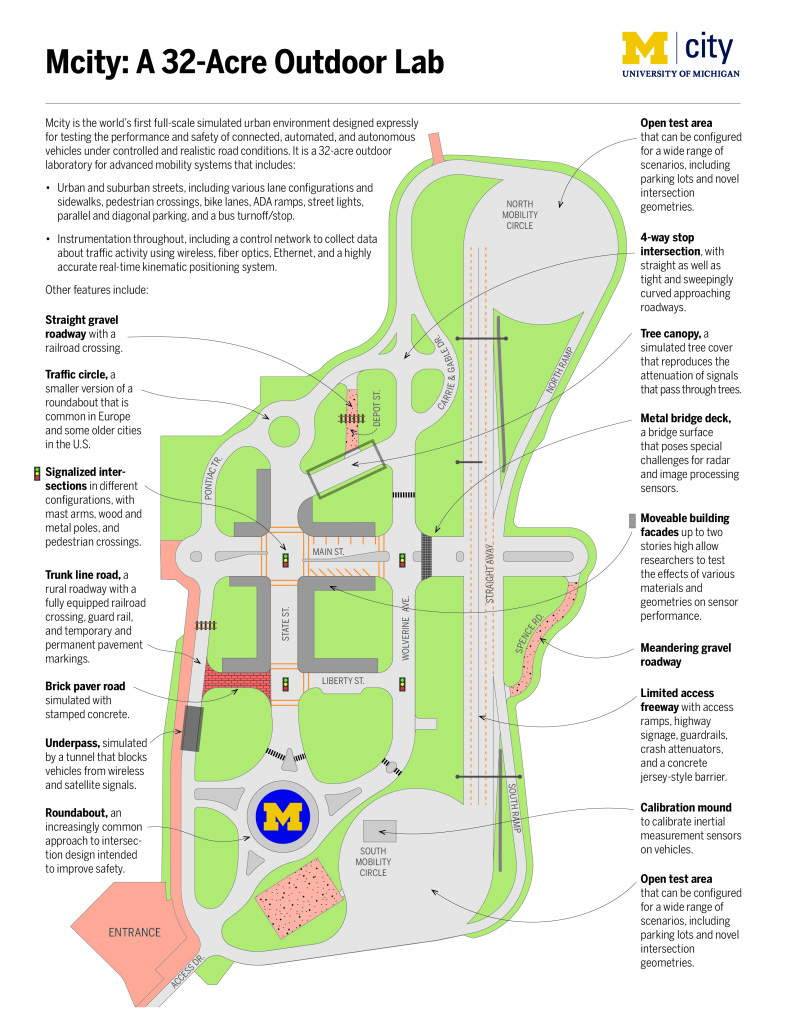 The university said anyone can use MCity, but transportation center partners and Wolverine faculty and students will have first dibs.

The Leadership Circle also receives access to all the research done there, the Detroit Free Press reported.

Another project would allow for a 2,000-vehicle connected or automated taxi service in Ann Arbor.