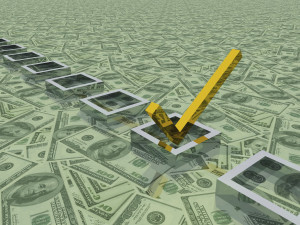 The insurance industry has given at least nearly $6.88 million to successful insurance commissioner candidates over the past two decades, raising the question of whether a regulator should take hundreds of thousands from the industry they’re charged with regulating.

That practice has been criticized this year by two challengers from the collision repair industry, Republicans John Mosley and Matt Parker, who are taking on incumbent Republican Commissioners Mike Chaney and Jim Donelon in Mississippi and Louisiana, respectively. Both Mosley and Parker have vowed not to accept any insurance industry donations.

What we found nationally provides a good snapshot of the issue and hopefully contributes to the appointed-versus-elected debate for regulatory and judicial officials. We present it as the second of a three-part series examining insurance commissioner positions. (See Part One on the merits and concerns of commissioners having prior insurance industry jobs here.)

We also studied state-level filings this year for the four candidates in Louisiana and Mississippi, including those submitted by Chaney and Mosley on Tuesday — one week before their Aug. 4 Republican primary. We’ll present our 2015 analyses of fundraising in those races in a lunchtime post today.

Since 1992, a Follow the Money search of entities and individuals classified by the database as “insurance” found that $6,876,088.76 of the $57,271,136.22 collected by winning insurance commissioner candidates came from that industry.

The insurance industry ($2.3 million) was the third largest source of donations to the 11 2015 incumbents behind “uncoded” ($5.59 million), which is sort of a mishmash of individuals and businesses, including some which probably should have been classified specifically but weren’t, and lawyers and lobbyists ($2.51 million), according to Follow the Money.

Farmers gave the most to the incumbents, at $25,050; the next non-individual insurance contributors were Liberty Mutual at $21,000, and then Universal Health Care, UnitedHealth, and Amerisafe at between $20,000-$20,100.

For all candidates, the top insurance moneymaker was Republican candidate Chuck Quackenbush in the 1998 race — the top insurance industry fundraiser for a single election at more than $1.37 million from the sector that year. The No. 2 single-election fundraiser was Republican John Oxendine in the 2002 Georgia race with nearly $639,000, followed by Donelon himself in his 2007 win with nearly $601,000.

The lowest amount raised was by Democratic Commissioner Dave Jones, who’d only collected $2,450 from the industry through 2014. (Democratic Delaware Commissioner Karen Stewart has received $700 from the insurance industry, but that occurred during a race she lost; she hasn’t collected anything from the sector during her successful campaigns.)

Featured image: The insurance industry has given at least nearly $6.88 million to successful insurance commissioner candidates over the past two decades, evoking the question of whether a regulator should take hundreds of thousands from the industry they’re charged with regulating. (bestdesigns/iStock/Thinkstock)