“I want to thank everyone who supported me,” Mosley wrote on his Facebook page. “We ran hard and tried to get the message out across the state. We fought more than just the other candidate, we fought at least one of the largest insurance companies in the country who showed how low they would go. I concede the race to Mr. Chaney and wish him the best. I hope some of the issues we have addressed will make a difference and he will help the people of Mississippi. If not, I will be back a much wiser candidate in 4 years.”
“Let’s all be positive and expect better for Mississippi because of this.”

Commentators on Facebook wished Mosley the best and expressed support for a second run. 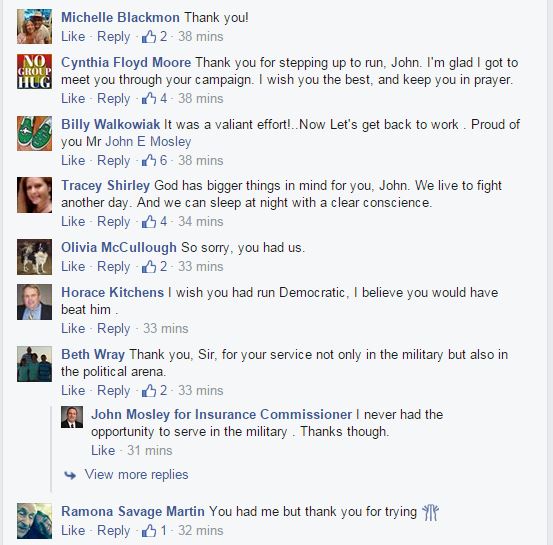 “Thank you to everyone who worked so hard to make tonight happen,” the Chaney campaign posted on his Facebook page.

Chaney will likely win the general election; his only opposition appears to be Reform Party candidate Johnny McLeod. One Facebook commentator had even expressed a wish that Mosley had run as a Democrat.