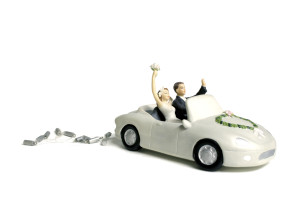 A “You and the Law” column in the Hanford, Calif., Sentinel takes a look at an insurance ethics question regarding the exclusion of a boyfriend/spouse.

Columnist Dennis Beaver, a Bakersfield, Calif., attorney, takes an unnamed “Big Insurance” company to task after an agent, “Ted,” failed to remind newlyweds in 2012 that the wife, Silvia (the spelling fluctuates between this and Sylvia), had excluded her husband, Richard, from her insurance when the two first moved in together in 2010.

They’d done so at Ted’s advice because Richard had tickets and a higher cost to insure, but by their 2012 marriage, his record was clean, according to Beaver. Also by 2012, Richard had sold his car and didn’t retain his own insurance.

However, despite the chance at a commission, Ted neglected to ask the couple in 2012 if they wanted to add Richard to Silvia’s insurance during two meetings to review their insurance post-marriage, Beaver wrote. The couple had forgotten he was excluded.

(Don’t couples talk anymore? You’d think that “Hey, I sold my car and canceled my insurance” might have come up at dinner, though Silvia told Beaver she didn’t realize what excluded actually meant.)

Because Murphy’s Law exists, Richard this year caused a four-car collision with damage likely to cost hundreds of thousands of dollars, according to Beaver.

According to Beaver, Silvia recounted being told in 2015 by “a sarcastic claims adjuster, that we were not covered and they were closing their file.”

Beaver then reports he had “an unbelievably frustrating conversation with a claims supervisor who maintains that Ted did nothing wrong.”

Asked if Ted should have mentioned the exclusion during the meetings to examine their insurance as a married couple, the supervisor told Beaver, “No, that’s not his job, besides they had notice of the exclusion.”

Agents and attorneys contacted by Beaver agreed that it was negligent of Ted to not have raised the issue after what one attorney called a “change in circumstance.”

At a time where agents are being called a dying breed given direct sales (see a 2015 counterpoint here from Insurance Journal), it might behoove them to take advantage of any opportunity to show why they’re better for consumers who can just Google “cheap car insurance.”

Either way, it’s an interesting case of car insurance inflexibility that also should raise the question of how responsible a customer must be for their own policy. Both of these issues are certainly prominent in the collision repair industry as insurers seek to reduce claims costs and customers are notified in fine print that non-OEM parts might be used.

“You and the Law: Auto insurance company trying to avoid its responsibility”

Featured image: The next generation of wedding auto cake toppers will be made of aluminum and high-strength steel. (MGJdeWit/iStock/Thinkstock)