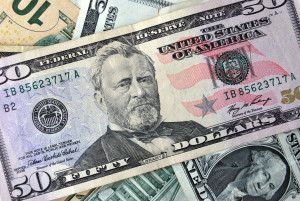 Average body labor rates are failing to keep up with even last year’s 0.8 percent inflation rate in five of the 11 states surveyed by Mitchell, according to a Repairer Driven News analysis of data in its Tuesday summer quarterly report and 2014 annual results in the spring edition.

Auto body shops in Arizona, Florida, New York, Ohio — and Rhode Island, which insurers portray as “repairers gone wild” — all so far were on average failing to charge as much as they theoretically ought to given America’s growth in the prices of goods and services.

And when you examine the 2011 Mitchell results (the last full-year data readily available) via the company’s 2012’s analysis, the discrepancy grows for the five states.

That was the lowest increase of the 11 states studied, growing Rhode Island to the third-lowest labor rate of Mitchell’s data set. (Admittedly, fourth-lowest Texas was only a penny higher). Ironically, the Property Casualty Insurers Association earlier this year blamed the state’s repairer-friendly laws for insurance premium increases.

Arizona, the second-worst increase of the 11 states from 2011 to 2015 with an inflation rate of 3.04 percent, saw the worst difference between 2014 and the average so far this year (Rhode Island was No. 2). Its average body labor rate has actually fallen 4 cents to 49.77, instead of growing to $50.21 as it would have under the country’s inflation rate. (On the plus side, Arizona posted the third highest rate of the 11 states studied so far this year.

Of the six states whose shops’ average rates outpaced inflation — California, Hawaii, Illinois, Michigan, New Jersey and Texas — the largest year-over-year gainers don’t necessarily match up with the largest 2011-2015 gainers, though Texas was among the top three largest increases in both data sets.

Just because a repairer’s average body rate outpaced inflation doesn’t mean a customer or insurer got a deal.

Though not all the states with above-inflation increases between 2014-15 or 2011-14 have Variable Rate Services data available, answers for some of the top state gainers find their shops still below what they view as “fair and reasonable” pay for body work.

Based on the average answer from the 84 California repairers who responded, shops feel $77/hour for auto body work would be appropriate. In New Jersey, the 111 respondent shops felt that an average of $71/hour would be fair.

Featured image: Average body labor rates are failing to keep up with even last year’s 0.8 percent inflation rate in five of the 11 states surveyed by Mitchell, according to a Repairer Driven News analysis of data in its summer quarterly report and 2014 annual results in the spring edition. (Andrii Silantiev/Hemera/Thinkstock)