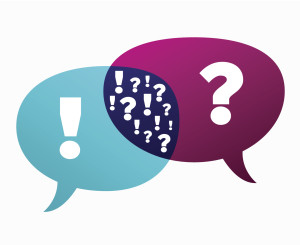 A garagekeepers insurance expert and a collision repairer advocate were split on the degree to which a garagekeepers carrier would protect an auto body shop in instances of poor repairs caused by factors like corner-cutting or non-OEM parts or procedures.

But both agreed that shops considering direct repair programs — in which a desire for speed and low costs could result in less-than-optimal repairs — or under any pressure from insurers were foolish not to negotiate.

“You are insane to sign one of those things,” said Eversman, without showing it first to your garagekeepers carrier to see if they’ll still cover you at the same cost under the DRP terms. (One way to preserve confidentiality for a skittish insurer might be to have the garage-keeper’s carrier sign an NDA before reviewing the contract. Cecil said that wouldn’t be out of the question for Arrowhead.)

Cecil said you should do the same with your suppliers. An insurer wants cheaper non-OEM parts from company X? Fine, negotiate an agreement with the vendor where if the part fails, “you simply hand it (liability) off to them by being named an additional insured vendor and provided a Certificate of Insurance that indicates that,” according to Cecil.

“The best medicine is prevention,” he said.

Negotiate to make sure everything is as favorable to your shop as possible before signing a DRP, Cecil advised — that’s when you still have leverage. After all, there must have been a reason why you looked like an attractive business partner to an insurer.

The negotiations don’t need to be contentious, perhaps at most just a “spirited discussion,” Cecil said. But that’s better than having everyone “surprised after the fact” and trying to hash it out after the “relationship’s gone sideways.”

He indicated collision repairers should consider themselves like construction companies, with whom he used to work. Construction companies dissect RFPs before making a bid, and so should collision repairers. For example, if a bridge builder has a $5 million umbrella, and a city wants $10 million,the builder should determine what that’ll costs his or her company before being lured by the prospect of work.

However, there might be room to even negotiate with the customer and insurer during the time of the repair.

Eversman, who has also represented collision repairers as an attorney, said she’s advised clients who only want to use OEM parts to tell a customer that. If the insurer wants aftermarket parts, both the customer and insurer has to sign a hold-harmless agreement specifying that the parts are being installed against the repairer’s advice.

“No insurer ever is going to sign that document,” Eversman said, and underwriters tend to become much more amenable to OEM parts.

(Editor’s note: None of the analysis in this article should be interpreted as professional legal or insurance advice; always check with your attorney or insurance provider about your own situation.)

Featured image: A garagekeepers insurance expert and a collision repairer advocate agreed that shops considering direct repair programs — in which a desire for speed and low costs could result in less-than-optimal repairs — or under any pressure from insurers were foolish not to negotiate. (Hollygraphic/iStock/Thinkstock)