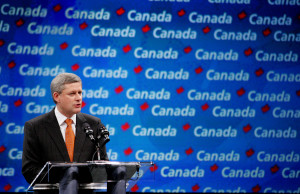 You’ve heard of the “Which one would you have a beer with?” election test. But here’s a new one for the automotive repair industry:

A Canadian poll of 1,500 car owners sought to determine which politician was deemed most trustworthy to fix a car, the Windsor Star reported Sept. 10.

Your answer may vary with your mileage, based on the results reported by the Star:

“The interesting part is that owners of one- to three-year-old cars are often the wealthiest with the highest incomes,” DesRosiers told the newspaper. “You’d think they would have chosen Harper, yet they trusted Mulcair.”

The majority of Canadian vehicles are 4-12 years old, DesRosiers told the newspaper.

Those three men are among those battling for the leadership of the country in Canada’s Oct. 19 election, so we thought we’d point out the article to inspire a little tongue-in-cheek public debate by the automotive service industries up north.

To help you narrow down the U.S. Republican candidates for mechanical trustworthiness, here’s CNN’s recap of its Republican presidential debate last night: