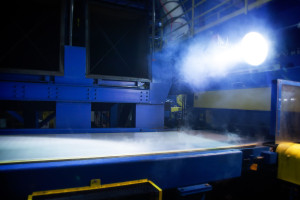 Though stronger and more malleable than other aluminum alloys, the new Micromill aluminum announced for the 2016 Ford F-150 won’t be any easier to repair, Ford and Alcoa said last week.

Ford announced Sept. 14 it would become the first automaker to use Alcoa’s “design-friendly” Micromill alloys, which Alcoa has called 40 percent more formable and 30 percent stronger than regular automotive aluminum.

The two companies elaborated further on the deal in email interviews with Repairer Driven News.

“Micromill metal will be no different than conventional in terms of repair,” Ford global quality communications manager Deeptie Sethi wrote when asked if the new alloy would offer a better “memory.” The answer echoed a similar comment by Alcoa global rolled products and innovation communications director Lori K. Lecker.

“It is projected Ford’s use of Micromill material on its vehicles will more than double from 2016 to 2017,” a joint Ford-Alcoa news release states.

Lecker confirmed that the deal was exclusive, quoting a Detroit Free Press description as accurate: “The two companies have worked on this for almost three years and Ford has exclusive North American rights for an undisclosed number of years.”

Asked about if the Ford exclusivity was a concern for Alcoa given heavy auto industry interest in lightweighting, she referenced another Alcoa Sept. 14 news release noting that it’d given Danieli exclusive rights to license Micromill in Europe, Southeast Asia and South America.

“To date, the Company has Micromill qualification agreements in place with nine major automotive customers on three continents, including Ford,” Alcoa wrote then.

“We are working with customers now to get on next-generation platforms,” Lecker wrote.

Asked about the potential for Micromill aluminum to replace high-strength, advanced-high-strength and ultra-high-strength steel, Sethi indicated it wouldn’t be out of the question.