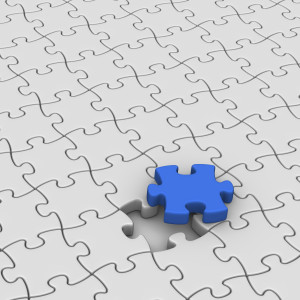 The current state of multi-shop operations signals the collision repair industry is well on its way down the “consolidation curve,” industry financial analyst Bradley Mewes argued Tuesday in the latest “Supplement!” post.

But while the business will become more difficult, consolidation doesn’t necessarily mean doom for shops wishing to preserve some independence, he said.

Consolidation is so common a business concept — by the way, it’s happening in insurance, too — that it can be tracked along a “predictable path of consolidation” in many industries, according to Mewes.

The curve has four stages, according to Mewes.

First, there’s fragmentation, which in the case of the collision industry lasted longer than it might in other industries, Mewes wrote. There are many shops, but a few start acquiring others and determining how best to grow.

“Sometimes there are spectacular failures,” he wrote.

Second, acquisition, which should sound familiar. As Mewes writes:

Consolidated business models have been validated and leaders are able to attract capital. The major players begin to form empires, buying up competitors. The pace and frequency of acquisitions increase significantly. At this stage the leading companies develop a core competency in acquisitions based growth. The industry is still fragmented, but sizable players have emerged as clear leaders. The top three or four companies account for 30% to 45% of market share.

Third, expansion, in which the industry leaders try to “aggressively outgrow their competitors,” he wrote. However, they’re not gobbling up properties left and right in the “rapid (and often rabid)” fashion of the prior stage, he wrote. A company should buy strategic, or go for a “megadeal” and buy out a major competitor, according to Mewes. At that point, the big guns own 70 percent of the market.

Finally, maturity. Nobody grows more than a few percentage points, and there’s just a few major players. Mewes gives the example of the auto industry itself — there are a few major players, compared to the older days of many, many OEMs.

Mewes estimated the collision repair industry lies somewhere between the middle of the acquisition stage and the beginning of the expansion stage.

“After the failures around the turn of the century, Stage 2 began between 2005 and 2008,” he wrote. “Service King began to grow in earnest and both Caliber and ABRA underwent significant recapitalizations.”

How to compete with MSOs at SEMA Repairer Driven Education

Those wanting to learn more about how to succeed in a time of consolidation should attend “Competing with Consolidators” with David Luehr, Elite Body Shop Solutions and “Don’t Let Consolidators and MSOs Steal Your Insurance Work” with Michelle Nelson, B2B Automotive. The presentations will be at this year’s SEMA Show as part of the Society of Collision Repair Specialists’ Repairer Driven Education series. Register here.

The curve gives MSOs a gameplan, or in some cases, a sense of their own mortality. What about the shop which wants to stay independent?

Mews said right now, the industry is still fragmented, but the effects of consolidation are being felt.

“You hear a lot of complaints,” he said.

Shops lament, “‘The industry isn’t what it used to be.’ ‘It’s harder to do business,'” he said.

Some of this lies in the ability of the consolidators to realize greater economies of scale, which makes things much more competitive, according to Mewes. And while it’s not easy for top-notch independent shops, it’s going to be extremely difficult for some of the rank-and-file to survive.

In the 1990s and early 2000s, shops could be “average” and make it work, according to Mewes. Now, “they have to be incredibly focused on operational excellence,” he said.

He noted that while “there may be some gamesmanship going on,” even consolidators will say there’s room for really well-run shops.

“The really, really good operators are still succeeding,” he said.

Lessons from other industries: Franchising and specialization

But it could be even tougher going forward, he said, citing the examples of the pharmacy and hardware industries.

“Hardware was your mom-and-pop store,” he said. A small shop sold tools and gave advice on projects. But Lowe’s and Home Depot “pretty much decimated that model.”

It became clear that a behemoth retailer could be “really good managers of inventory,” and an independent either had to join a franchise like Ace, specialize, sell out or go under.

However, Mewes stressed that he was not suggesting that collision repairers must join a franchise, merely that the franchise model was an easy way to patch into a consolidator’s economies of scale and learn efficiencies while retaining control.

For in an era of consolidation, “it becomes difficult for a tradesman to run a business,” Mewes said. One must think like a businessperson as well and pay close attention to factors including marketing, management and location.

One alternative to a franchise might be a buying group — essentially a co-op –to achieve economies of scale, according to Mewes. (Some franchises have even started out that way.)

However, he said, one difficulty lies in a lack of a centralized purchasing department to enforce buying standards across such a group, even though collision repair franchises are “pretty loose” on this point compared to other industry franchise models. Another complication is a lack of branding and clout in negotiating a regional or national preferential treatment. 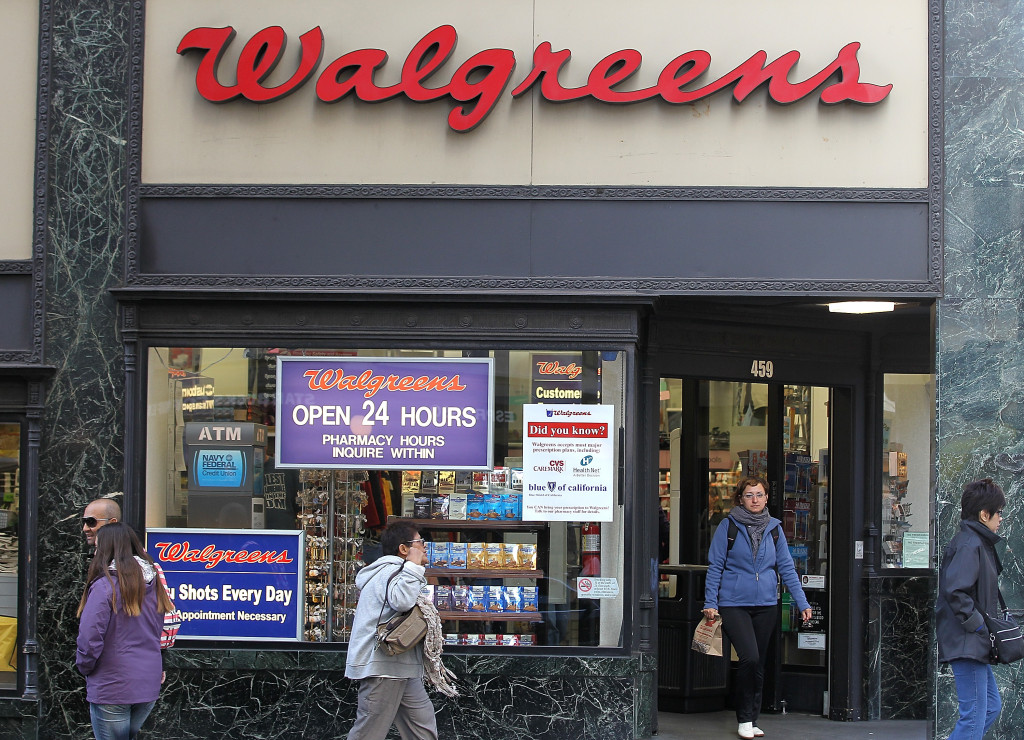 Pharmacies — now virtually dominated by chains like Walgreens and CVS — were a particularly relevant consolidation case study for collision repairers, Mewes said, for insurers have an dramatic influence over that industry as well.

Mewes said he knew of one pharmacy which was still independent, and was “hit hard” by insurers demanding the kind of low prices they were paying massive companies like Walgreens.

As margins shrank, the owner made the decision to start branching into medical equipment and long-term elder care.

One can kind of see this specialization already not only with luxury-focused shops, but in more mainstream OEM certifications. Official dealerships can tap into economies of scale, but OEMs don’t anticipate that all will make the investment into obtaining certifications.

(Of course, there are indications MSOs might divide shops into those able to handle different degrees of damage, too. See our interview with CARSTAR’s CEO and Autobody News’ coverage of the NACE MSO Symposium.)

Pharmacies and hardware stores at their core are retailers, while collision repair is a professional service. But even in a service industry with little of a retailer’s inventory concerns, the impact of economies of scale and eliminating inefficiency can’t be ignored.

Mewes noted that one of the most personal, “local community-based” service industries in America — funeral homes — experienced massive consolidation and private equity interest in the past two decades. Efficiencies could be realized, even in such an ancient profession. For example, it became clear to investors that there wasn’t a great reason for every funeral home to have a crematorium on-site.

For a great analysis of that industry and its lessons for collision repairers trying to compete with consolidators, we’d point to a piece of 2013 journalism by Bloomberg Business.

SCI has centralized embalming and cremation facilities, and its locations share hearses and get volume discounts on embalming fluid, Bloomberg writes. But smaller funeral operators in South Florida can actually charge less than SCI because they don’t have investors demanding certain returns, according to Bloomberg. That’s an interesting point if MSO investors start to question why they’re giving insurers so much of a break and demand higher margins.

“Whatever cost savings SCI achieves, it keeps or passes along to its shareholders. Zahn recently cut his price for a no-frills cremation to $1,000,” the magazine reported. “Nearby SCI-owned competitors using the central Fort Lauderdale facility charge $1,450 and higher.”

However, Mewes was dubious collision repair MSOs would seek higher prices in this fashion.

“I am skeptical of the ability of repairs to increase prices through market consolidation,” he wrote in a LinkedIn message. “I don’t believe that any of the large consolidators or PEGs that back them are under any illusions that they can influence pricing. The 3rd party payer is just too dominant.”

Also, SCI gets a lot of complaints — including some pretty egregious allegations — though the article notes the overall statistic could be skewed simply by its size and most customers have been satisfied with their service.

So based on that example, there could be room for shops who do a good job, market themselves well, and find a way to cut as many inefficiencies as possible. However, as Mewes observed, competing on both cost and service “is a very difficult approach for a smaller operator.”

Plan B: Sell at the right time

The other option: Sell. But make sure you’re doing so at the right part of the consolidation curve or face a rude awakening, according to Mewes.

Mewes noted that most shop owners will see that business remains strong, and so why not “ride the wave?”

Unfortunately, that’s exactly the point when you should be selling — at the peak.

But most people forget this, Mewes said, pointing to stock market investors who buy when prices are high and panicking and selling when times are tough.

For collision repair in particular, the industry will reach a point during the expansion level (Stage 3 of 4) where consolidators find it more advantageous to focus on brownfields (developed but abandoned sites) and greenfields (undeveloped land) than buy an existing business, according to Mewes.

At that point, you won’t get the kind of premium you wanted for making a sale.

The other risk — this one cuts across many industries — comes when baby boomers retire in droves sometime between now and 2019, according to Mewes.

This will unleash a flood of “high-quality businesses” to be scooped up by investors until sometime between 2018 and 2020, “all the good businesses have sold, all the good buyers have bought.”

“Is Funeral Home Chain SCI’s Growth Coming at the Expense of Mourners?”

It won’t be easy, but independent shops can still compete during the “consolidation curve,” according to financial analyst Bradley Mewes. (almagami/iStock/Thinkstock)