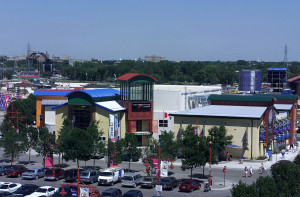 Manitoba Public Insurance customers who use an extension program to cut deductibles to $100-$200 from $500 no longer have to pay out-of-pocket for vandalism damage.

That could aid Canadian body shops whose customers might have otherwise failed to fix vandals’ damage because of the up-front deductible eliminated Friday. An average claim is $1,300, according to the insurer.

A news release from the government-created insurer indicates the change occurred Friday for “approximately 75 per cent of all Manitoba Public Insurance customers who currently have the optional $100 and $200 deductible packages.”

It won’t be completely free; those who bought the optional insurance will pay $3-5 annually in premium increases. So if you don’t get vandalized at all in 20 years, the public company comes out ahead.

However, the move was prompted by a spate of vandalism around Winnipeg this year, which the Winnipeg Sun reported Friday is declining but had gotten pretty bad.

“As Manitoba’s public auto insurer, we recognize the need to continually adapt our products and services to meet the evolving needs of our customers,” Chief Product Officer Ward Keith said in a statement. “We’re pleased to be able to offer our customers the option to eliminate the deductible for vandalism losses if they choose to do so.”

“MPI vandalism coverage an extra $5 per year — or less”

Featured image: Cars are parked in Winnipeg, Canada, in this undated photo. There’s been a spate of vandalism around Winnipeg in 2015. (Ingram Publishing/Thinkstock file)