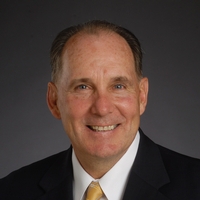 A Pennsylvania lawmaker said he and House colleagues had initially thought a bill allowing photo auto collision appraisals was just a minor insurance law tweak, rather than a weakening of a consumer protection law.

“The insurance industry should not be diluting laws that protect the consumer,” state Rep. Stephen Barrar, R-Chester/Delaware, said Thursday.

Barrar described how House Bill 1638 went from a seemingly fast-tracked House insurer victory in October to a measure shy of votes Nov. 9.

“An appraiser may prepare a repair estimate obtained by personal inspection or by photographs, videos or telephonic means,” House Bill 1683 states, replacing part of Pennsylvania law which said they couldn’t do any of those things.

Customers or shops wouldn’t required by the new law to provide photos for Pennsylvania appraisals to occur, and car owners must be told as much.

A recent aggressive push by the Pennsylvania Collision Repair Trade Guild and others helped teach representatives about the history and potential effects of the bill contributed to the sea change, according to Barrar.

“I probably had 50 e-mails with attachments to it,” he said.

When debate started Monday, “I don’t think I had 10 votes to kill this bill,” Barrar said.

But representatives started to come around after hearing the collision repair lobby’s case against against what had seemed like a “simple, very easy” law tweak.

“People are viewing this as an insurance bill,” he said. “It’s a consumer protection bill.”

Asked if the bill would help consumers by contributing to a quicker cycle time, Barrar said that was indeed the insurance industry’s argument. But he argued it was really a way to get customers in the doors of the shops the insurer wants.

“It just really opens the door in a big way to additional steering,” Barrar said.

Barrar said he was naturally skeptical about insurers, noting that insurance bills often can take nine to 12 years to pass, but “when they want a bill done, it seems to move.”

“Their influence in Harrisburg is so great, and it shouldn’t be,” he said.

The tabled bill could arise any time during the session with only 24 hours notice.

“I think we’ll prevail at the end,” Barrar said. He pointed out that supporting the bill could carry a political liability as well.

However, insurance lobbying has noticeably ramped up since Monday, he said.