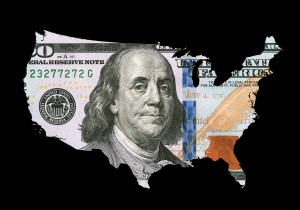 Shops across the country have reported State Farm has begun shifting the labor rates it’ll pay up and down based on the results of a recently completed geographic survey.

“In an effort to support consistency, State Farm is refining certain market boundaries utilized to determine prevailing competitive prices to align with government defined market areas,” the company has written in emails from two states provided to Repairer Driven News. “Updates may result in PCP adjustments in some areas in addition to the periodic changes in PCP relating to updated repairer pricing and capacity information.”

State Farm appears to have wrapped up the program in some states as of Nov. 4 and is asking shops to check their B2B portal for their area’s new rates, based on the emails.

This summer, the nation’s No. 1 auto insurer announced it would redraw the geographic markets to sync with “government defined market areas.”

It uses data from the surveys to determine the labor and paint and materials rates it’ll pay for a particular geographic region.

The surveys started several years ago, and have been updated in the past “when business needs arise,” according to State Farm.

Asked this month for its definition of “government defined market areas” and more information about the reported rate changes, State Farm declined to comment.

“State Farm has nothing further to share with Repairer Driven News,” spokesman Justin Tomczak wrote in an email.

One source indicates State Farm might in at least one market have used a geographic region drawn by the federal Office of Management for use by entities such as the Census Bureau.

We’re attempting to get more details on this. Continue to check Repairer Driven News for details.

Shops in numerous state lawsuits have alleged that State Farm applies the same prevailing rate to geographically and demographically broad regions — too wide a swath, they say.

One case alleges the insurer told the lone collision repair business in an Indiana town that the market rate was different from what the shop charged.

Shops’ litigation also alleges State Farm manipulates rates submitted by shops and use a mathematically silly “half plus one” method to develop the prevailing rate.

Once the information has been altered to State Farm’s satisfaction (whether by a shop under duress or unilaterally without the shop’s knowledge), it them performs its “half plus one” form of math. State Farm lists the shops in a given market (as determined by State Farm) with the highest rates submitted at the top of the list and the least expensive hourly rates at the bottom.

Beginning at the bottom of the list with the cheapest shops, State Farm then counts the number of technicians/work bays up the list until it reaches its magic number. The rates of whichever shop this happens to fall upon is declared the “market” or “going rate.”

Lawsuits also allege other insurers refuse to pay more than State Farm determines that it’ll pay, which means how State Farm uses the survey data here could have a ripple effect across the industry.

Correction: State Farm’s rate surveys determine labor rates it will pay all shops. An earlier version of this article erroneously said the data would be used primarily to set rates for direct repair shops. The report has since been updated to reflect the correct scope.

Featured image: Shops across the country have reported State Farm has begun shifting labor rates based on the results of a recently completed geographic study. (Nerthuz/iStock)