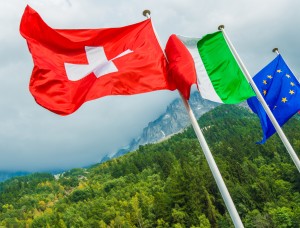 The sale, expected to close next year, will make LKQ the “clear #1 Player in Europe” in the aftermarket by growing sales from about $1.53 billion in the 2014 fiscal year to a projected $2.4 billion, according to LKQ. (No. 2 was Autodis, with more than $1.28 billion in sales in FY 2014, in case you were wondering.)

All of these Rhiag markets are in the European Union with the exception of Ukraine, making for similar if not identical vehicles to those in the markets LKQ serves today with alternative collision and mechanical parts. EU membership also should allow easier incorporation of those markets into LKQ’s operations from a logistical and regulatory standpoint.

CEO Rob Wagman told investors Dec. 22 that Rhiag shares many common suppliers with LKQ and serves the “professional repair segment of the marketplace, which is both large and highly fragmented.”

“Similar to the U.K., Rhiag’s markets have a high acceptance of alternative mechanical parts and a low penetration of alternative collision parts,” making the 10 nations a collision growth opportunity, Wagman said.

“Over time, we plan to build out our collision business to match our current strategy at ECP,” he said, referring to the United Kingdom alternative parts program. “… Europe represents a very large and addressable model for LKQ.”

LKQ estimated the European “Do It For Me” market at $206.4 billion, with collision parts at nearly $24.2 billion of that amount and collision labor at nearly $8.8 billion. (Mechanical parts and labor, not surprisingly, made up the remainder.)

Rhiag was No. 1 and No. 2 in Italy and Switzerland with 15 percent and 9 percent aftermarket shares, respectively, according to LKQ. Wagman said both countries had insurance relationships overlapping those already established by LKQ. Other relationships might also be possible in Eastern Europe, though the company hadn’t researched it as much, he said.

“We absolutely plan on bringing that model of the ECP collision parts program into those countries relatively quickly,” Wagman said.

Ultimately, as LKQ European operations CEO John Quinn put it, the company hopes to “paint the entire map LKQ blue, if you will.”

Correction: An earlier version of this article misspelled CEO Rob Wagman’s name. It has since been updated.

Rhiag was No. 1 and No. 2 in Italy and Switzerland with 15 percent and 9 percent aftermarket shares, respectively, according to LKQ. LKQ CEO Ron Wagman said both countries had insurance relationships overlapping those already established by LKQ.  (welcomia/iStock/Thinkstock)