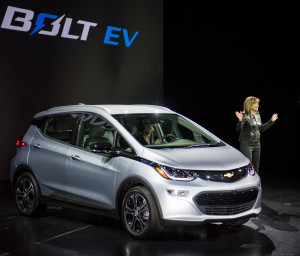 General Motors unveiled the 2017 Chevrolet Bolt EV on Wednesday, and repairers should brace themselves for the possibility of a mass-market lightweight, electric vehicle.

GM didn’t provide many details about the car’s body — but there aren’t any indications much changed from the “concept” Bolt shown in 2015.

“Lightweight materials, including aluminum, magnesium, carbon fiber and even woven mesh, complement the design, while driving down the curb weight to help maximize range,” Chevrolet wrote in a news release about the concept Bolt. “Aero-optimizing features such as vented rear fenders also help contribute to range.”

Chevrolet also wrote that the concept Bolt had an “advanced nano-composite rear hatch,” which probably means a fancy carbon fiber.

Since GM says the production Bolt announced at the Consumer Electronics Show on Wednesday can also travel more than 200 miles on a single charge, we’d guess that the concept’s materials mix stands. The 2017 Bolt’s price point is also about the same as the concept: $30,000 (the production version gets there with tax credits).

“GM’s South Korean team didn’t make any fundamental changes to the concept it showed off a year ago at the Detroit auto show,” Wired wrote in an article posted Wednesday.

Video of the concept Bolt:

According to Wired, 200 miles on a charge at $30,000 makes Average America buy electric cars.

“It’s the widely acknowledged point where range anxiety ceases to be a major problem for those interested in driving electric, for a cost less than that of the average new car sold in the US,” Wired wrote. “GM’s most prominent competitor here is Elon Musk, who plans to unveil Tesla’s long-awaited affordable Model 3 in the spring and start production in 2017. VW and Nissan are also working on the problem, though neither has announced specific model plans.” 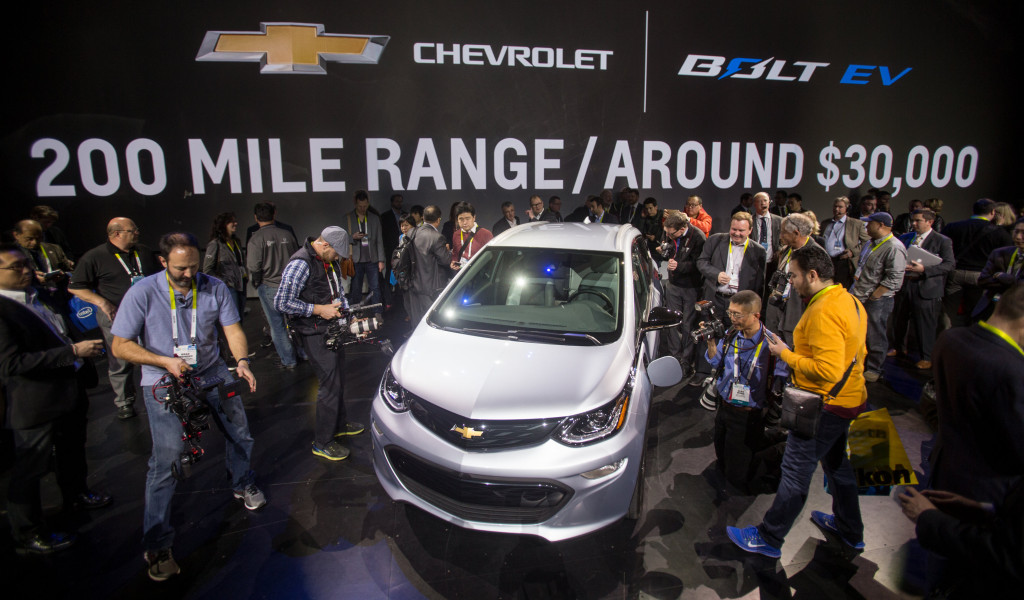 Like the competing BMW i3, the 2017 Bolt’s battery pack is in the floor.

“The flat-pack orientation offered the flexibility to make the most of the proportions while creating a clean, sculpted design,” design Managing Director Stuart Norris said in a statement. “This really opened up the interior and created a fantastic view from every seating position. All of this additional space gave us a lot of opportunities to play with creative design and storage solutions.”

The Bolt’s headlamps are LED, as are the taillamps incorporated into the liftgate. Seats are thin to increase rear foot space, and probably also to conserve weight; they also include the side airbags.

GM Chairman and CEO Mary Barra said the Bolt has “the ability to upgrade with the mobility and transportation solutions we all will demand in the future,” according to prepared remarks of her CES speech, and the Detroit News reported this include the Teslalike ability to upgrade to autonomous driving.

It’ll be interesting to see if there are any restrictions placed on who can perform body work on a Bolt if its body ends up being mixed-material. For the aluminum-steel Cadillac CT6, General Motors announced access to measurements and structural parts would be limited to a network of select dealerships and independent collision repairers. Ford, however, allows everyone to work on the aluminum F-150 (though it’d prefer you used a network of shops vetted to have the right equipment)

“We believe strongly in the dealer model, and the tremendous value our customers derive from neighborhood dealerships,” Barra said in the prepared remarks.

“Unlike some EV customers, Bolt EV customers never have to worry about driving to another state to buy (–) service (–) or support their vehicle.” 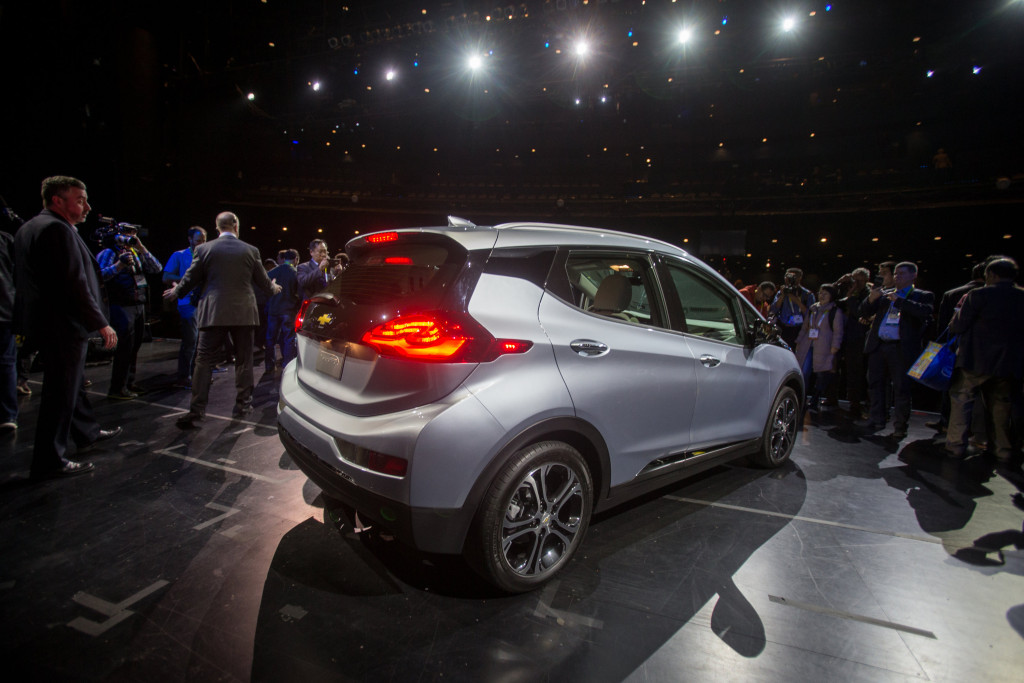 “Meet the Chevy Bolt, the First Electric Car for the Masses”