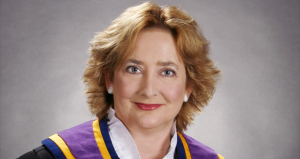 Though justices stressed their opinion was limited to a single state auto insurance healthcare regulation, body shops might want to pay attention to Tuesday’s Pennsylvania Supreme Court ruling on how State Farm could calculate what was a fair price to pay.

In a 6-0 decision, the court found that regulators gave State Farm the right to deduce through a survey how much it’d pay health care supplier Freedom Medical Supply for equipment in instances where Medicare didn’t provide any guidance.

The opinion supported a 2014 U.S. District Court ruling which Freedom had appealed. (The Court of Appeals kicked it back to the state level as the question was purely one of Pennsylvania law.)

Background: How much for a portable hot tub?

Freedom sold portable whirlpool tubs and electric muscle stimulators to State Farm accident victims. It bought the stimulators for about $20-26 but listed them for $1,525-1,600. It bought the whirlpools for about $40 but listed them for $525. That equates to as high as 7,600 percent and 1,300 percent markups, respectively. (Yes, those are thousands.)

Pennsylvania law states that insurers generally must pay a health care bill so long as it’s less than 110 percent of what Medicare would pay for it. If Medicare doesn’t have a line item for it, insurers should pay 80 percent of “the provider’s usual and customary charge for services rendered.”

So Freedom charged State Farm 80 percent of each: $1,200-1,280 for stimulators and $420 for whirlpools. The insurer paid the bill until June 2010, when the it decided to examine what others in the Philadelphia area and neighboring counties in the state and New Jersey were charging.

After buying five similar stimulator models from 10 sellers “including internet sources” and an unspecified amount of whirlpools from eight vendors, State Farm found that the average stimulator cost $151.10 and average whirlpool cost $97.19.

After adding tax, it began to reimburse Freedom $120.88 for the stimulators and $77.75 for the portable whirlpools — 80 percent of the average.

Two years later, Freedom filed a class-action lawsuit at the local level which later moved to the U.S. Eastern District of Pennsylvania.

That court in 2014 offered a summary judgement on the same point of law decided Tuesday:

Were the two options offered by the Department of Insurance in the Pennsylvania Code for insurers trying to figure out 80 percent of a “usual and customary charge” the only two ways allowed, or were they just suggestions? As the Legislature didn’t bother to define “usual and customary charge” when it passed the 80 percent rule, the Department of Insurance did so the next year — throwing State Farm and other providers a huge bone.

According to the Department — and now state Code — the charge wasn’t what the vendor usually and customarily charged people, but “The charge most often made by providers of similar training, experience and licensure for a specific treatment, accommodation, product or service in the geographic area where the treatment, accommodation, product or service is provided.”

In calculating the usual and customary charge, an insurer may utilize the requested payment amount on the provider’s bill for services or the data collected by (federal Medicare claims processors) to the extent that the data is made available. (Emphasis added.)

According to State Farm, all of this let it do its own math when faced with a situation where it didn’t like the actual amount charged by the provider but didn’t have any Medicare processor data to back up a better price. It “may” do one of those options, but it could also do something else.

State Farm argued that otherwise, a vendor of something lacking Medicare data could charge a wildly inappropriate price — and part of the point of the 1990 Motor Vehicle Financial Responsibility Law was to keep auto medical costs down.

Freedom argued that the law was an either/or proposition — the insurer “may” pick from one of those two options — and how State Farm developed its averages was flawed. (Sound familiar?)

The Supreme Court felt that “as the language is reasonably capable of either construction, we find that it is ambiguous in this regard.”

But in interpreting the intent of the law, the court found two policy goals: “providing coverage for injured persons and providing it at a reasonable cost to the purchaser.” It was meant to keep claim costs down so premiums would fall and a growing number of drivers without insurance would get it.

Contrary to these aims, Freedom’s suggested interpretation of Section 69.43 as providing exclusive methods of calculating reimbursements would permit providers of medical goods and services not contained on a Medicare fee schedule or the subject of the Medicare contractors’ data to set their prices and seek reimbursement for essentially any amount they choose to bill. … That is, in the absence of a Medicare fee schedule or carrier data, an insurer would have no other option other than relying on the provider’s bill. In our view, such a result could lead to the unjustified inflation of charges for medical products, exhausting accident victims’ coverage limits, and potentially depriving them of benefits for further necessary medical expenses, as well as increasing automobile insurance rates. In this regard, we find Freedom’s interpretation beneficial to a few private interests to the detriment of the public interest, contrary to our rules of construction.

No ruling on either side’s propriety

The court also found that Freedom “applied an exorbitant markup” but it had a “relevant” argument in that insurers could just game the system to get whatever answer they wanted.

Freedom suggests that, unless that objective method prevails, insurers will be able to engage in flawed and/or bad faith calculations of reimbursements, and providers will lack the certainty the legislature sought to provide. Freedom asserts that State Farm’s calculations herein are evidence of such phenomenon, noting that its calculations led it to pay “11 different amount[s] to providers” for the subject medical products between June 2010 and January 2011, and that its reimbursement amounts counteract what it deems the MVFRL’s purpose in creating “non-volatile pricing” of medical products.

But as the court was only asked to interpret the “shall/may” question,  Justice Debra Todd wrote in the opinion that it wouldn’t weigh in on if Freedom was charging too much for its supplies or if State Farm was playing number games.

Though the ruling was narrow, it’s still an endorsement of a regulator’s interpretation which places two of the three parts of the insurance equation — insurers and consumers — above the other — vendors of goods and services.

Yes, Freedom’s prices did indeed seem “exorbitant.” However, that doesn’t change the fact that placing too much emphasis on consumer premiums (apparently assuming that insurers would pass on savings instead of pocketing them or using them for marketing) and insurers’ bills erodes the right of providers to set their own prices.

For now, the court found a greater good in encouraging lower premiums by keeping insurers’ costs down. Unfortunately, it seems as though those conditions would always be in place, leading to a tricky double standard: It’s bad if vendors charge too much but it’s fine if an insurer pays too little.

What if a customer liked Freedom’s products better than competitors’, and Freedom charged $1 — or even $0.01 — above whatever State Farm agreed to pay from its self-determined study? By this logic, State Farm could say no, and Freedom would have to eat the cost or pass it on.

As we’ve argued about a messy Michigan bill, the case also shows what can happen when terms in bills and laws tied to the auto body business aren’t defined. Sometimes, it falls to a regulator or the court to define them, and a shop might not always like the answer.

The Pennsylvania Capitol Dome can be seen in Harrisburg, Pa. (Yitao/iStock/Thinkstock)